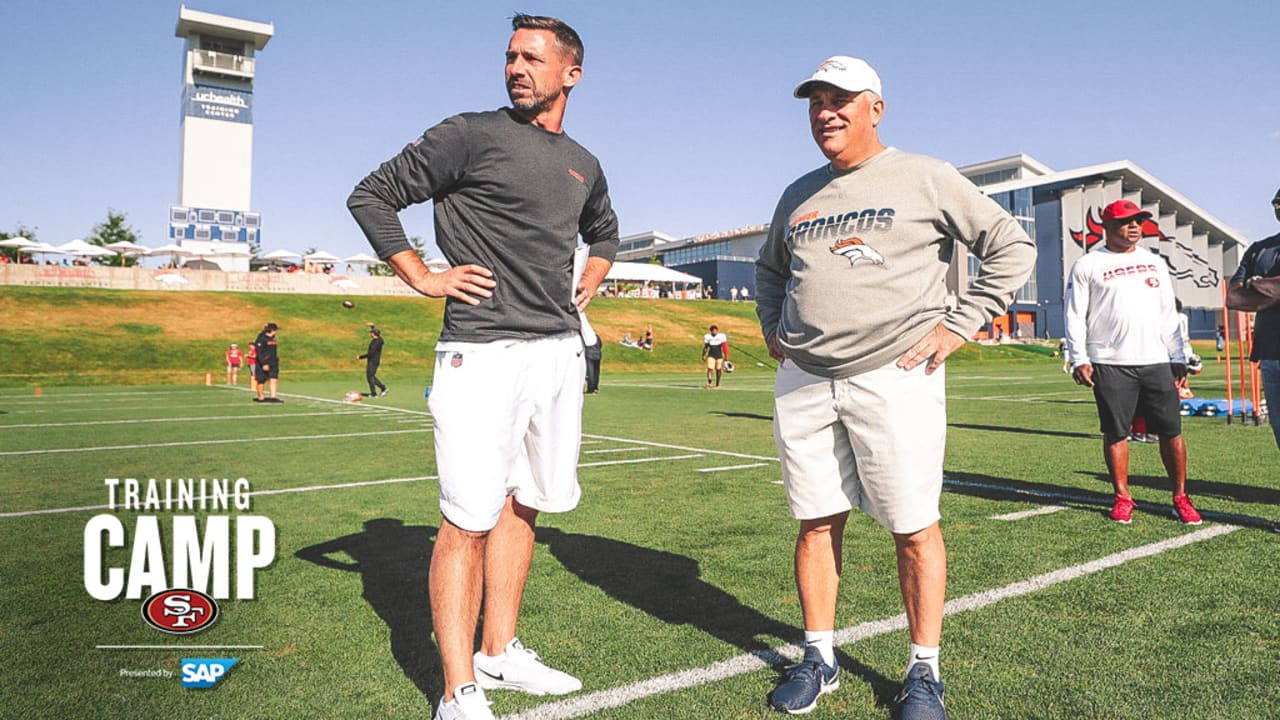 “I thought it was very choppy and it felt like (the 49ers defense) got after us up front a little it.”

Scangarello on addressing the 49ers intensity with the offense:

“My message to the offense is we have to meet their intensity obviously. Part of it is they’re playing a different style than they’ve played in the past and they’re doing a good job of it and it’s different for us, so you’re not game-planning necessarily for the practice. We have to adapt and adjust.”

“He’s one of probably the three or four best interior players in this league, so yeah, he’s always going to be tough to block and if you’re not planning around him, he’s going to cause problems.”

Scangarello on how he felt tackle Garrett Boles did going against Arik Armstead:

“Tough to tell from here until I see the film. It’s tough to tell. I just know it’s a mix of stuff, it’s situational football and they play a completely different style of defense than we play, so it’s our job to adapt to the speed and the style of play overnight and come out here and give it a better effort tomorrow.”

Scangarello on what the Broncos offense needs to fix against 49ers defense:

“I just hope that the speed of how they play up front. It’s entirely different than they see every day in practice. And that’s how it is week-to-week in the NFL, and when you’re playing with three groups of offensive lines, a couple of those guys haven’t gotten as many reps lately as well, too. It’s different. You have to adapt and adjust and that’s the league and that’s how it is week-to-week, so for us to adapt and feel comfortable and match that speed and intensity, we’ll be just fine.”

Scangarello on whether he was concerned about the joint practices because the 49ers are familiar with his offense:

“They practice against the similar style every day and the truth of it is that I’d heard they’ve made changes up front and all that. They’re playing a new style of defense and they have a new D line coach, who I’ve heard has done a great job. They’ve got really good players. It’s just a different style of scheme for us and yeah, we have to adapt to all that stuff. But I don’t—maybe, a little bit they are familiar with. There were plenty of good plays too and until you see the film it’s just one of those things. But yeah, it is the Jim Schwartz model of defense, so it’s good stuff.”

Scangarello on the differences between his offense and 49ers Head Coach Kyle Shanahan:

“Again, we are all the same. Honestly, we come from the same background and the same roots. The personnel you have will kind of steer you in a direction for how your offense evolves. The roots will always be very similar. We’ll parallel each other in a lot of ways, but in the end it’s what kind of players you have and do you adapt to that. Do you have good tight ends, running backs or better receivers, what’s you quarterback like? That always steers our offense into evolution. He’s in one place and I’m in another, so it’s hard to say.”

Scangarello on how he evaluates guys during joint practices and how it compares to an actual game:

“The joint practices are great just because it’s a good on good, there’s is no—they show some blitz we haven’t seen. There is no repercussions for the quarterback, the play can still go on, we can evaluate guys down the field and they can evaluate their coverage guys. It’s probably the same on this field, if (OLB) Von Miller comes free they can still run the plays. You go play in a game, it doesn’t happen that way. A guy comes free to sack. Here, it’s part of the process is that you want to see where you are as an offense, but you also know that you’re evaluating the big picture too and that is the fun part of the crossover practices are.”

Scangarello on if he’d like to see more intensity or execution from the Broncos offense:

“I think it’s like it is any day. It’s a practice like we’re practicing against our guys. It’s just against a different team. It’s the same feel out here. Every day you step on the field, you should bring the same intensity. That’s what a great pro and great teams do in this league. They know they’re focused, they walk out with a mindset and they’re never the one that doesn’t match the other team’s intensity in all areas. Whether it was there or not, it’s debatable. We’ll have to see the film and all that, but yeah, I’d like us to just come out on this field with the professional mindset and get after it and just see where things end up. At the end of the day, it’s practice and we’re learning.”

Learn The Secrets To Solving Sudoku Puzzles, No Matter How Little Time You Have Had To Prepare
Sudoku Puzzle Secrets