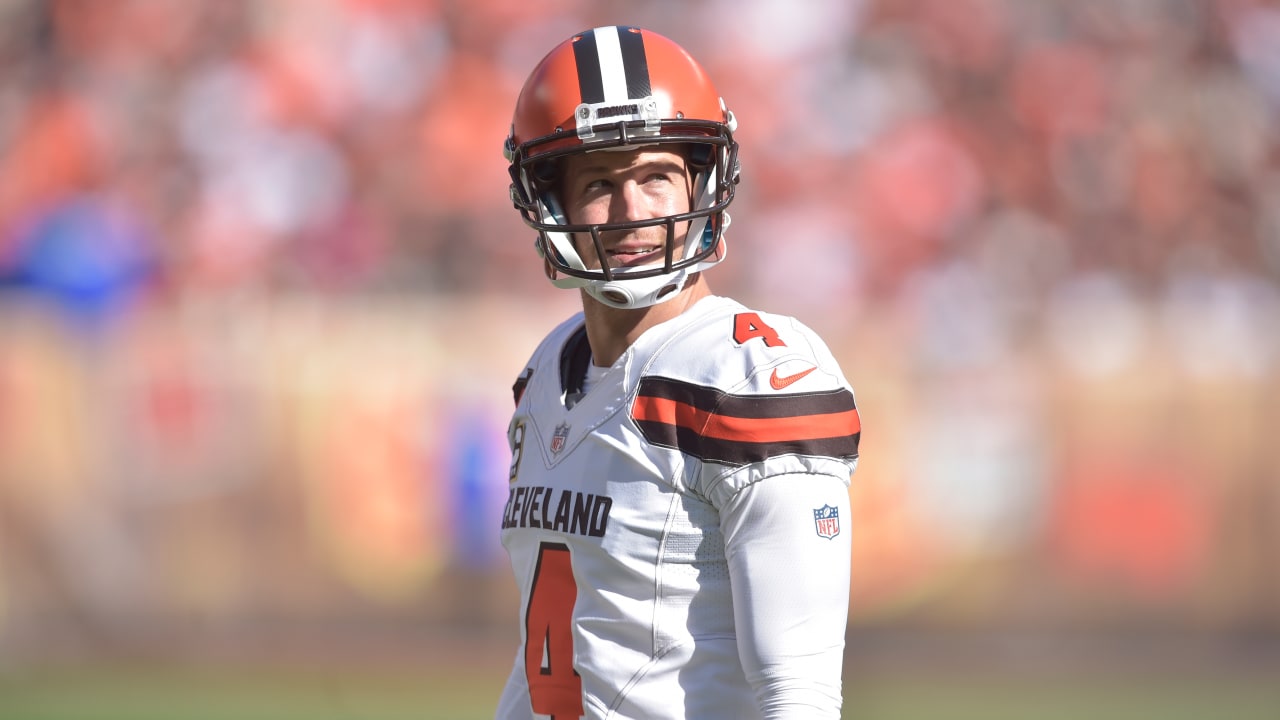 Britton Colquitt (6-3, 210) joins the Vikings after being released by the Cleveland Browns on Saturday, August 31. In 2018, Colquitt, who was voted a team captain by his teammates, tied a Browns franchise record with 32 punts inside the 20-yard line and was named a Pro Bowl alternate. The 10-year veteran has appeared in 144 career games with the Denver Broncos (96 games) and Browns (48 games) and has 718 career punts with a 39.3 career net average. Colquitt has punted in 10 playoff contests, including Super Bowl XLVIII and Super Bowl 50, helping the Broncos win Super Bowl 50 after punting eight times, landing two inside the 20-yard line and posting a 45.6 net average. The former Tennessee Volunteer also set Broncos (42.1 in 2012) and Browns (40.6 in 2017) franchise records for single season net punting average. Britton and his brother, Dustin, who is in his 15th season with the Kansas City Chiefs, became the first pair of brothers to punt in the NFL since 1941. Britton joins S Harrison Smith as Knoxville, Tennessee, natives on the Vikings roster.

Chase McLaughlin (6-0, 190) joins the Vikings practice squad after spending the 2019 offseason and preseason with the Buffalo Bills after signing with them as an undrafted free agent. McLaughlin, who was waived by Buffalo on Saturday, August 31, earned First Team All-Big Ten honors and won the Bakken-Anderson Big Ten Kicker of the Year award for the 2018 season at Illinois. The Cypress, Texas, native holds the school record with five career field goals over 50 yards. McLaughlin finished the preseason three of three on field goals and five of five on extra points as well as registering eight touchbacks on nine kickoffs.