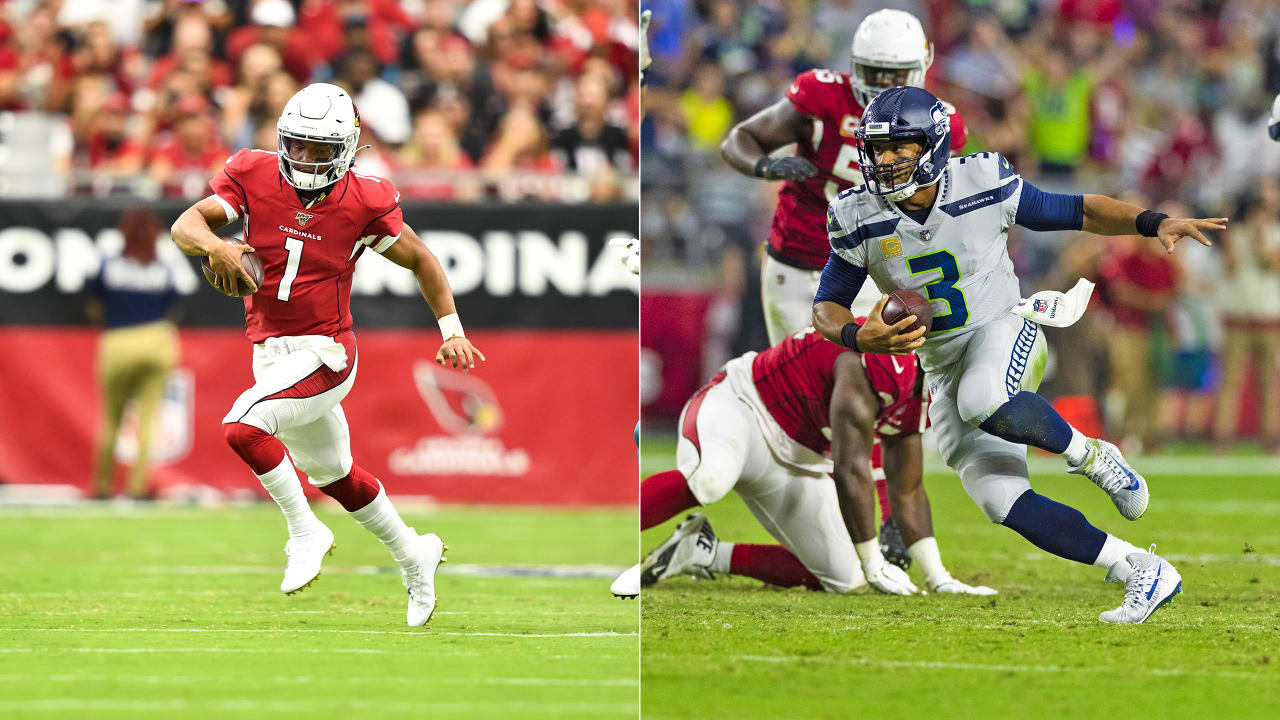 Wilson has downplayed his successes opening the door for shorter QBs like Murray, noting there have been guys like Fran Tarkenton, Michael Vick and even Drew Brees – although each of those players were at least 6-feet tall. The game between Murray and Wilson, in fact, is the first time both starting quarterbacks are under 6-feet tall since the Falcons started Bob Berry against the Saints and Edd Hargett in 1970.

The Cardinals were interested in drafting Wilson in 2012. But Wilson still didn’t go until the third round. Murray’s status as No. 1 overall represented a shift in the entire NFL mindset.

“(Russell) has proven in the years that he has been here that he’s legit, and he’s the real deal and a great football player,” Seahawks coach Pete Carroll said. “I think he opened up the minds of other people because there weren’t a lot of people who thought he was going to be able to do very well.

“So that opens up the door for Kyler to get a shot, and now they’re both playing. Kyler’s a really good ball player. There’s no doubt that he belongs, and he’s part of it and fits and all that. Maybe had Russell Wilson not come along, it would have been much harder for Kyler to be the first pick in the draft, but I don’t know.”

There is more than height that connects the two. Wilson reached out to Murray in January to talk to him about a football career over baseball. Murray said the conversation gave him “clarity” about his decision.

“I think that, more than anything else, look at it as a blessing, not a curse,” Wilson said of his conversations with Murray. “Sometimes you can get worried about what may happen or this or that and not making the right decision. Just go for it.”

Wilson said he can see how people view he and Murray as the same type of player. Cardinals coach Kliff Kingsbury said he doesn’t try and push the comparison on Murray, but acknowledged there are things Murray can learn from Wilson, now eight years into his NFL training ground.

“You can see from Russell’s early years, the development and kind of the same issues, when to get rid of the football and know when the party’s over and not trying to do it all on every play,” Kingsbury said.

“(Wilson) does a tremendous job of picking his moments when to make the spectacular play.”

Murray said he believes Wilson’s play did help him get noticed when he finally got to the NFL, but Wilson’s play has left a mark on the NFL beyond his stature. Sweezy, who has about five months of playing with Murray under his belt, thinks his rookie teammate will ultimately make his own mark.

“It was the same thing they were saying, ‘he’s too short, he can’t see,’ ” Sweezy said. “Just look at (Kyler). You know when someone has it figured out. It might be, like Russell was, that he’s still learning, but it’s going to be all right.”

How to get enthusiastic applause, even a standing ovation, every time you speak.
Secrets of powerful presenter