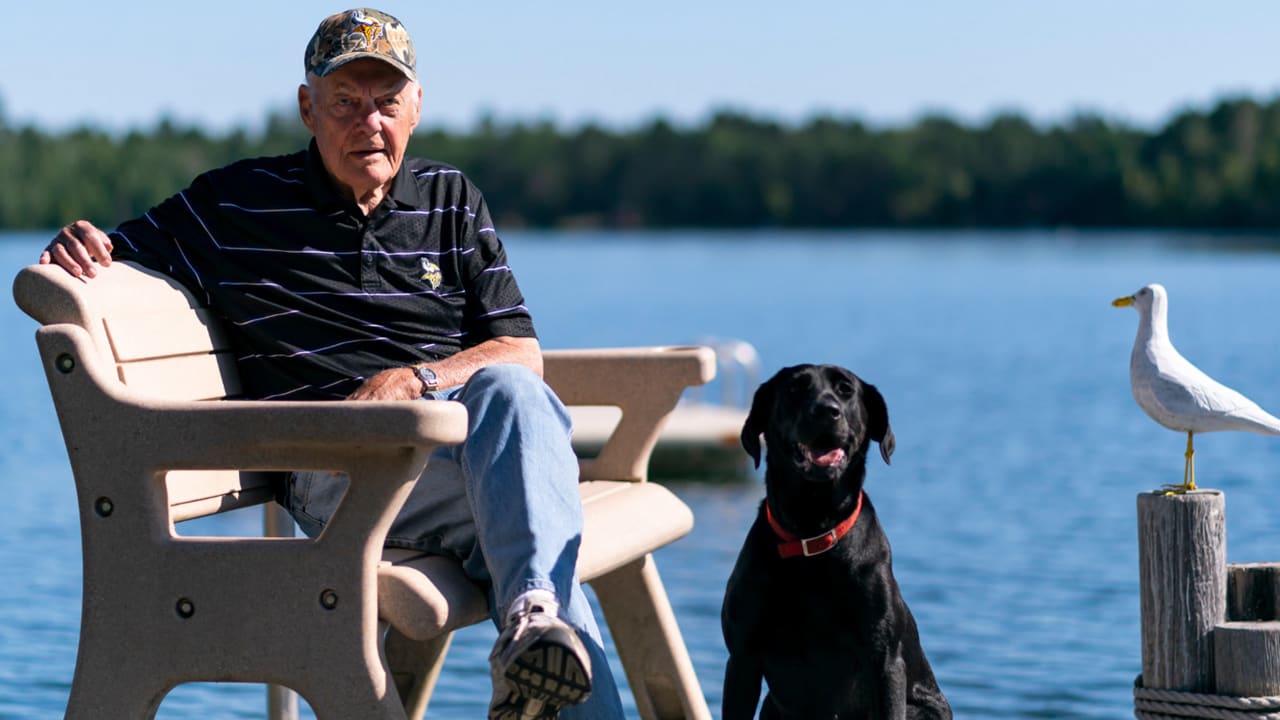 “She likes to hunt, and she likes to be with people,” he adds. “If I let her out the door, I’m not going to have to look for her out in the woods somewhere – she’ll be right here.”

Dogs are like people, the Hall of Fame coach advises, which means no two are exactly alike. While he does pride himself on intuition of character, Grant also claims there’s an element of good fortune in finding a pup as bright as Lilly.

“That goes for dogs, football players, women. Everything,” Grant adds with a wink.

The second head coach in Vikings history, Grant led the team from 1967-83 and again in 1985. He coached numerous Pro Bowlers and All-Pro players, and during his tenure, the Vikings appeared in four Super Bowls.

“I was a better football coach when I had smart players. I’m a better dog trainer when I’ve got a smart dog,” Grant says. “I can’t train a dumb dog, and I can’t make a football player out of a loaf.”

Dogs – and pets in general – have always been a part of Grant’s life.

He grew up having pets in his family’s home in Superior, Wisconsin, and throughout his adult life has housed numerous animals, from an unnamed raven to Rocco the raccoon.

But dogs have always held a special place in Grant’s heart.

Years before Lilly came along were Lindy and Cork, the Labs that Grant had during his time coaching in Minnesota.

“They’d run out and take turns jumping off the end of the dock,” Grant recalled. “They’d jump off the dock, come back around, look at one another and away they’d go again. People would drive by in a boat and say, ‘What’s going on? It must be a circus.’ They just loved the water that much.”