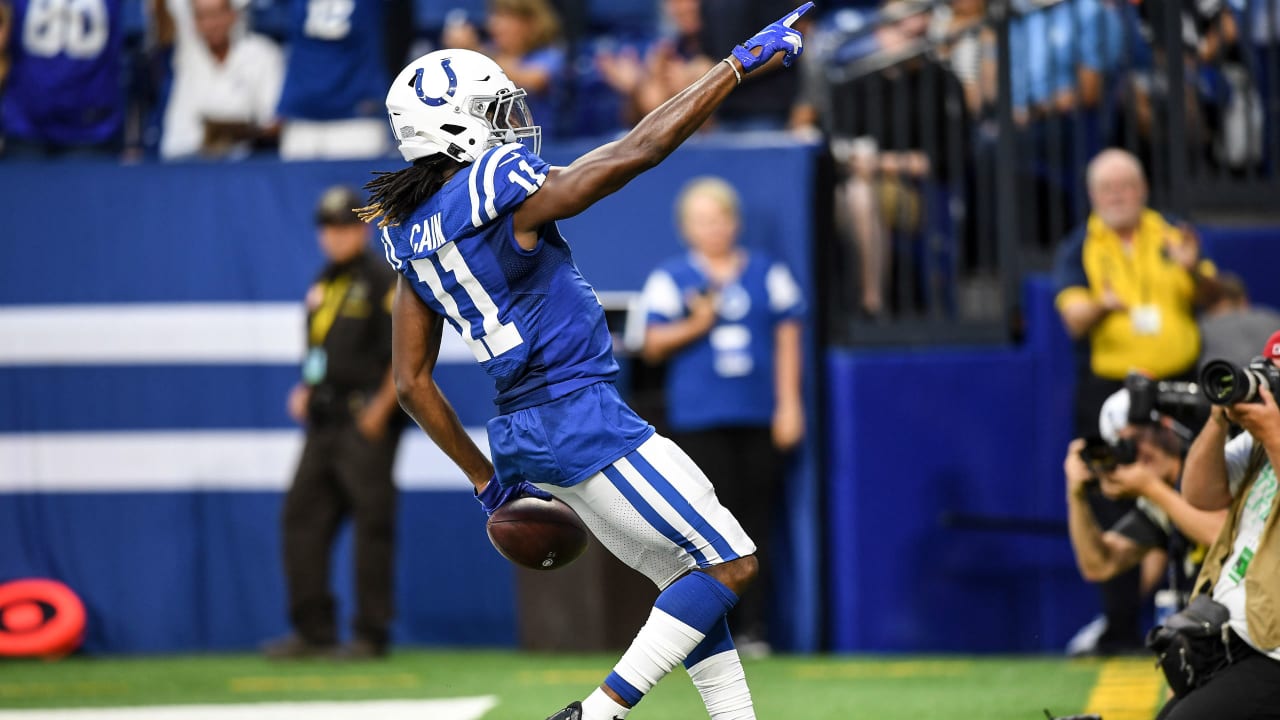 Saturday against the Bears, for the second consecutive game, Cain led the Colts in receiving, totaling 74 yards on three receptions (24.7 avg) and the first touchdown of his career.

Aside from his 46-yard catch-and-run for the score (seen above), he also started out his day with a nice 21-yard reception.

In three preseason games, Cain has shown a clear indication of why the Colts drafted him, and how puzzling it was that he was available in the sixth round to begin with. He leads the team in receiving with 12 catches for 169 yards (14.1 avg), one touchdown and four first downs. Three of his receptions have been chunk plays (15 yards or more), and two of those required his speed and ability to make defenders miss in the open field to pick up extra yardage.

This time last year, Cain had recently been placed on season-ending Injured Reserve following an ACL tear in his left knee that occurred in his very first preseason game, ending his season before it had a chance to start. He had looked great in training camp to that point, making several acrobatic catches. His play had people buzzing, so his sudden injury was deflating, to say the least.

A year later in this summer’s camp, it appeared to take Cain a couple days to get going. However, once he began looking comfortable, he got right back on track making plays, and it has absolutely carried over onto the preseason gridiron.

One person who is anything but surprised about Cain’s talent is the man who selected him in the 2018 NFL Draft; Colts general manager Chris Ballard spoke about Cain early in this year’s training camp.

“To watch him work over the last year has been … I think Deon will tell you this: he’s probably grown and matured more in the last year,” Ballard said. “You know, sometimes setbacks can be a positive and he turned it into one, and man, he worked his a– off. We’ll limit him here early, but the last two days have been pretty fun to watch.”

Now that Cain has shown that he is clearly back, he can factor into the Colts’ receiving corps as a playmaker who can affect every zone of the field.

Cain possesses a rare mixture of playmaking ability for a receiver. Some are fast and take the top off of defenses, some are shifty in the open field, some are big and win 50-50 balls, and some have the body control to snatch the ball out of challenging spots. Cain can do all of those things, and now he’s showing it at the NFL level. It appears that the sky is the limit for this young receiver.