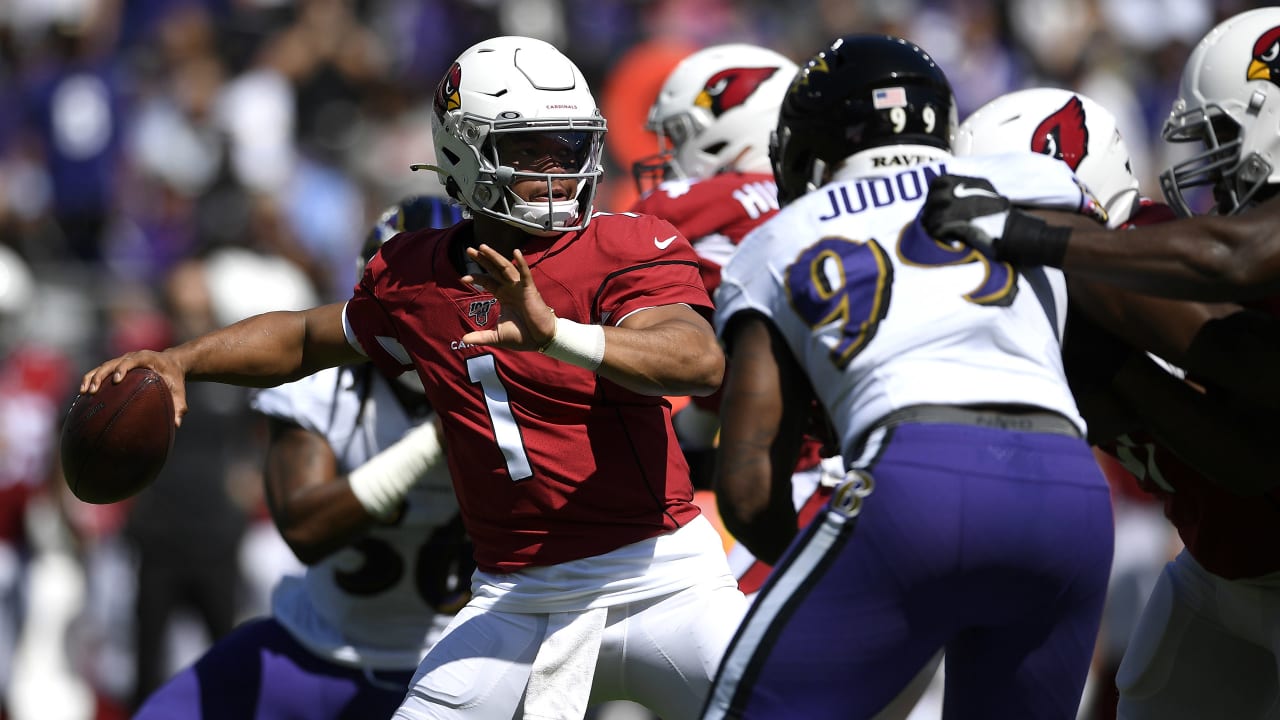 The Ravens (2-0) rushed for 182 yards, including 120 on 16 carries from quarterback Lamar Jackson. Jackson also threw two more touchdown passes and 272 yards. The numbers were skewed – yet if the Cardinals had converted a couple of their chances, the result could’ve been different.

And they knew it afterward.

“We have to execute better,” Kirk said. “The red zone is tough. The field obviously shortens, and so does your playbook. We just have to be better down there.”

The Cardinals were 1-for-4 in the red zone against Detroit before their 1-for-4 showing Sunday, and with a tie and a six-point loss, those statistics sting.

“I wish we would’ve done a better job overall as an offense finishing drives,” coach Kliff Kingsbury said. “There are things to be learned from that.”

“Play design, it starts there, and then I think we were a little bit off in our execution,” Kingsbury added.

A quiet Johnson said he was fine health-wise, and deferring to Kingsbury on the idea that the Cardinals should run more when they get close to the goal line.

“Coach knows what he’s doing,” Johnson said. “He knows how to dial it up. No matter what (the play) is, we’ve got to get it in the end zone.”

Even with the issues, the Cardinals still had the ball with four minutes on the clock and down six. But starting at their own 9, Murray had a near-intentional grounding, and the Cardinals were flagged for a hold and a false start before punting the ball away.

“It was loud as hell,” Murray said, hampering the communication late.

An opening for a final drive was lost when Jackson found Marquise Brown deep for a 41-yard completion – despite tight coverage by cornerback Tramaine Brock – on third-and-11.

“I’m not cool with losing.” Murray said. “We played hard, lost by six, and we had a chance to win. But we came up short.”

It ruined the return of linebacker Terrell Suggs, who came back to play the team he was with for 16 years. Jackson’s abilities mostly negated those of Suggs and fellow pass-rusher Chandler Jones – they combined for five tackles and no quarterback hits – and the Cards also got eaten up by a tight end for a second straight week. Mark Andrews, who is from Scottsdale, had eight catches for 112 yards and a touchdown, with tight end Hunter Hurst also catching a TD.

“I really wanted to win this one,” Suggs said. “But coming across the country, playing a good team … momentum is real. This was just a tough one.”

The Cardinals do have back-to-back home games, starting with the struggling Panthers next week. They have shown improvement, especially offensively, from where they were. But touchdowns are crucial – pass up too many chances, and the Cardinals have tangible evidence it will cost.

“Once we get rolling, we’re hard to stop,” Pugh said. “I know we’re headed in the right direction.”