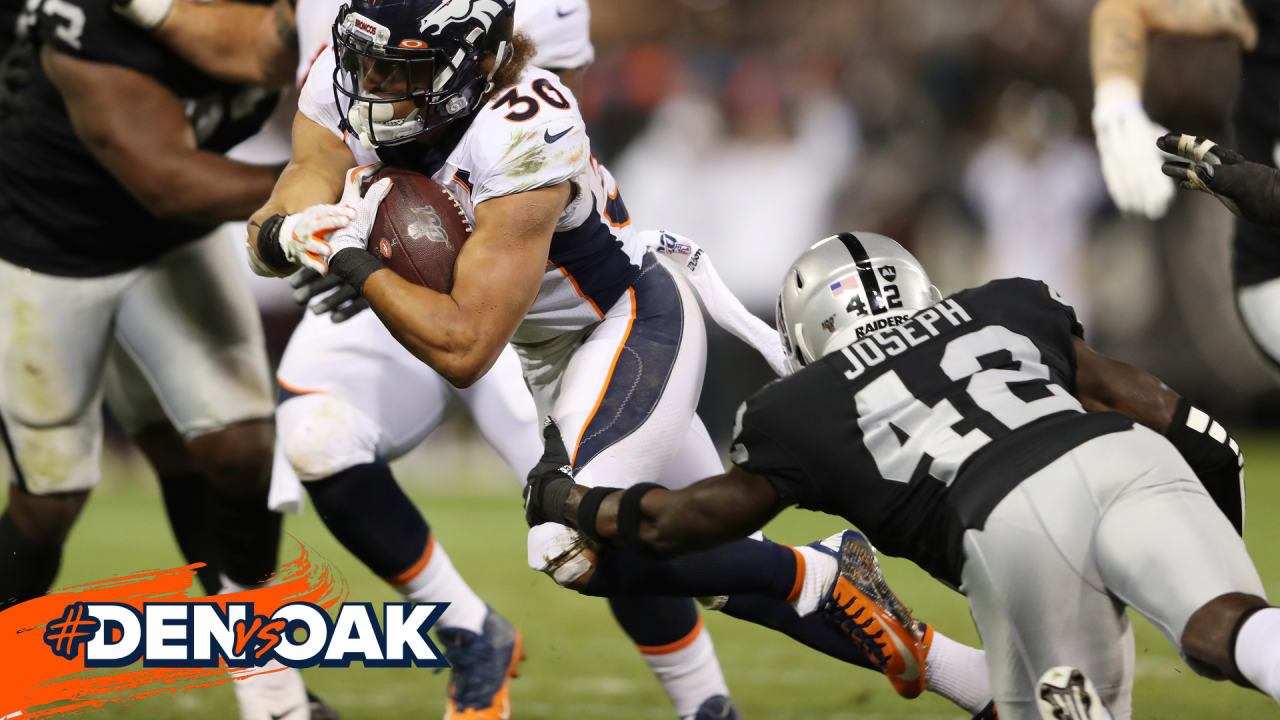 Fortunately for the Broncos, they have 15 games to help make up for the “first one,” a clunky 24-16 loss to the Oakland Raiders here Monday night.

Broncos’ DaeSean Hamilton reacts to critical dropped touchdown: “No doubt in my mind I catch that and we win the game” (Kyle Fredrickson, The Denver Post)

“That’s a play that I know I should make and I’ll make 99 times out of 100,” Hamilton said. “That’s hard, especially when we were struggling in the red-zone and we don’t any momentum at all in that game. I told somebody earlier, ‘No doubt in my mind I catch that and we win the game.’ The momentum is different, the whole vibe of the game goes differently and that was the spark we needed.”

Leaving no stone – or dirt particle – unturned, Broncos kicker Brandon McManus called upon the Rockies and Coors Field in preparing for the game Monday night against the Oakland Raiders.

“I was extremely disappointed in the loss, but not discouraged,” Vic Fangio said of his message to the Broncos after his head-coaching debut ended in a thud on “Monday Night Football.”