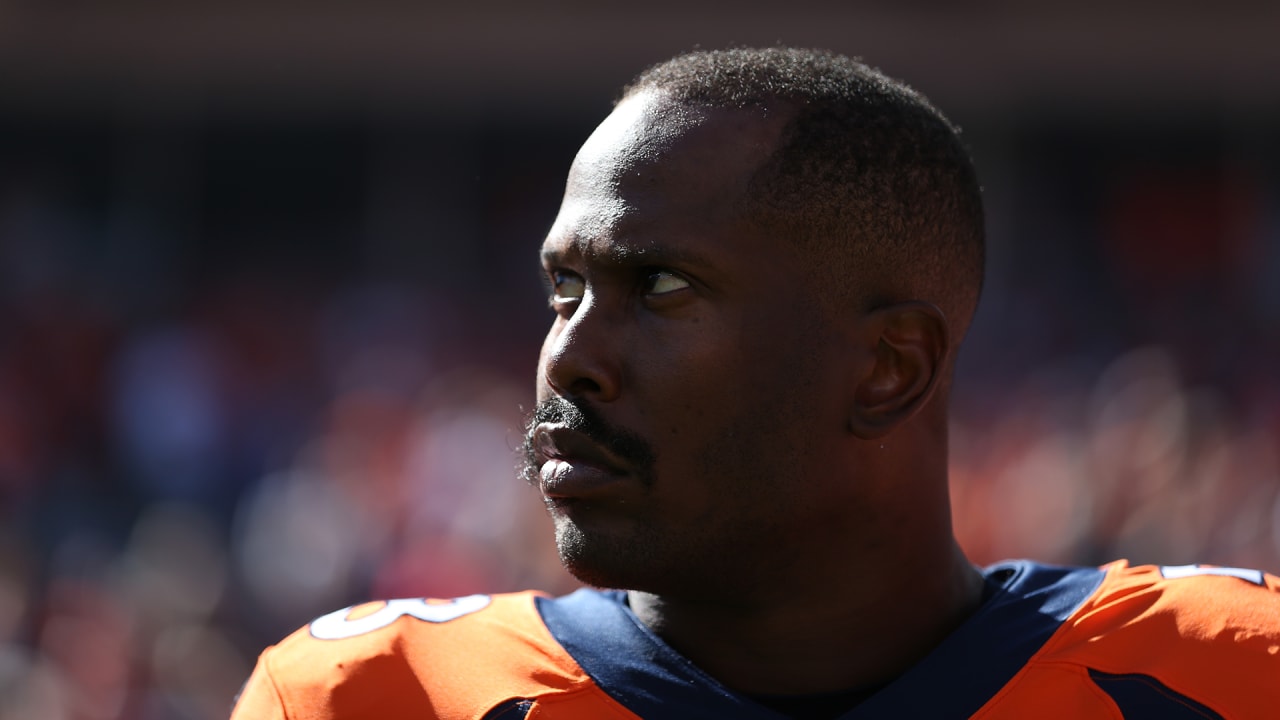 “I was able to get on the board with (two) sacks, but everybody knows the ‘win’ column is the most important stat for us,” Von Miller said.

“We just got whipped there; I can’t ever remember being in a game like that where they might have had 300 yards rushing.”

Moments later, Fangio simply summed it all up with: “When you’re getting whipped like that, it’s hard to win.”

UP: The roar Von Miller received for his first-quarter sack of Gardner Minshew — the team’s first, 193 minutes into the 2019 season — is the sound you hear when 71,954 fans break a month-long fast.

Despite individual successes, Broncos searching for ways ‘to be winners as a team’ (Aric DiLalla, DenverBroncos.com)

The Broncos keep finding individual accomplishments when what they really need is a team win.

“I still believe in them,” Head Coach Vic Fangio said after a 26-24 loss to the Jaguars. “I think they’re winners as individuals. We’ve got to find a way to be winners as a team. We’re not playing well enough, consistently enough, to do that. But I do believe in these guys.”