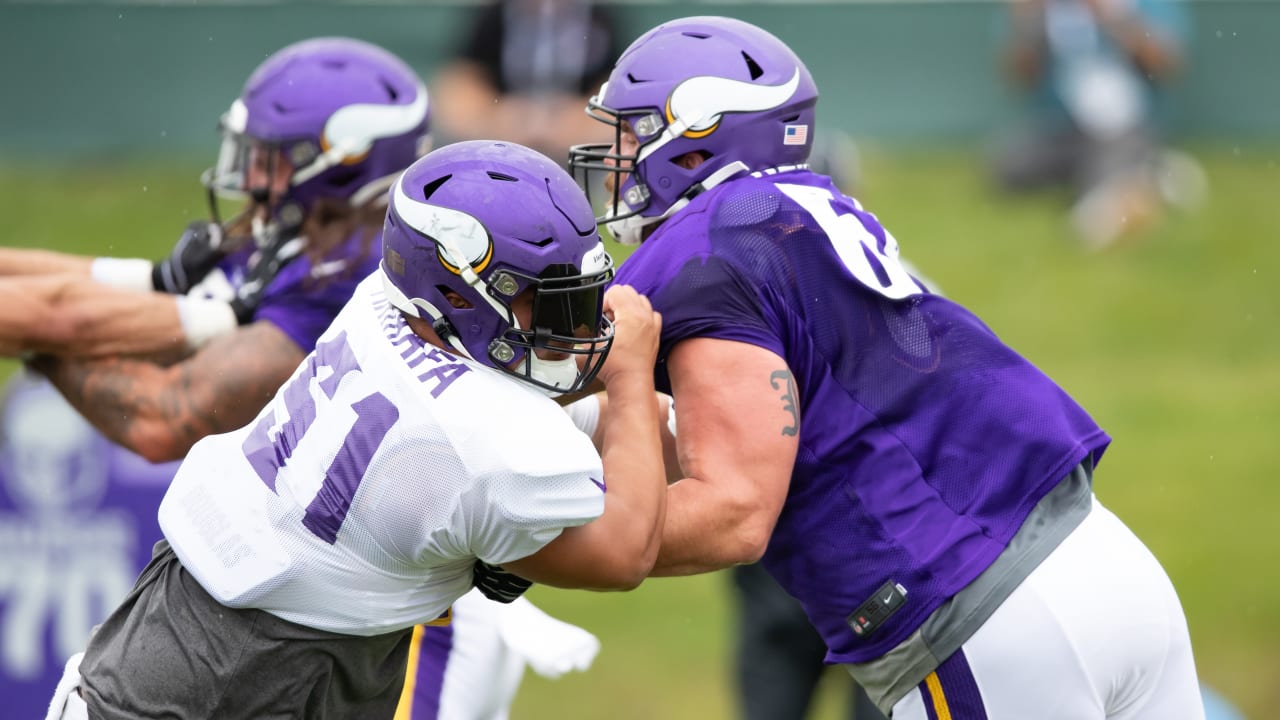 Veteran nose tackle Linval Joseph shakes his head incredulously, pointing out the way he tapes fingers together over black gloves and adds extra protection to his thumbs to prevent them from catching on shoulder pads or getting bent back.

Weatherly, entering his fourth season at defensive end for the Vikings, said the idea of leaving his hands unprotected makes him “paranoid.”

“I’ve ripped gloves, and it’s like, if I wasn’t wearing gloves, that would definitely be my hands ripped open in the palm and stuff,” Weatherly said. “Any defensive lineman who plays without gloves, or finger tape or wrist tape – nope. That’s a different breed right there.”

Several of his defensive teammates attributed that toughness to Mata’afa’s Samoan heritage, speaking admirably of the grit with which he plays.

“Most defensive linemen, they play with gloves because they’ve got to protect their fingers. But he’s Samoan, so I guess that shows how tough he is,” Hunter said. “He’s a tough kid. That doesn’t faze him, in my opinion.”

Barr, who also spends time during practice with the defensive line group, weighed in.

“Honestly, every time I play with a [Polynesian], they don’t wear gloves. That’s just how they do it. They’re just built differently,” Barr said. “I have to have [gloves] on. He’s naturally, I guess, just strong. He doesn’t need that extra protection. He’s built protected, you know? He was just born that way.

“It’s just his model, and I kind of like it. You don’t see it very often,” Barr added.

When Vikings defensive line coach Andre Patterson saw Mata’afa’s exposed hands start to get dinged up, he decided to “ask him point-blank” about the apparel decision. Tags: gloves he his