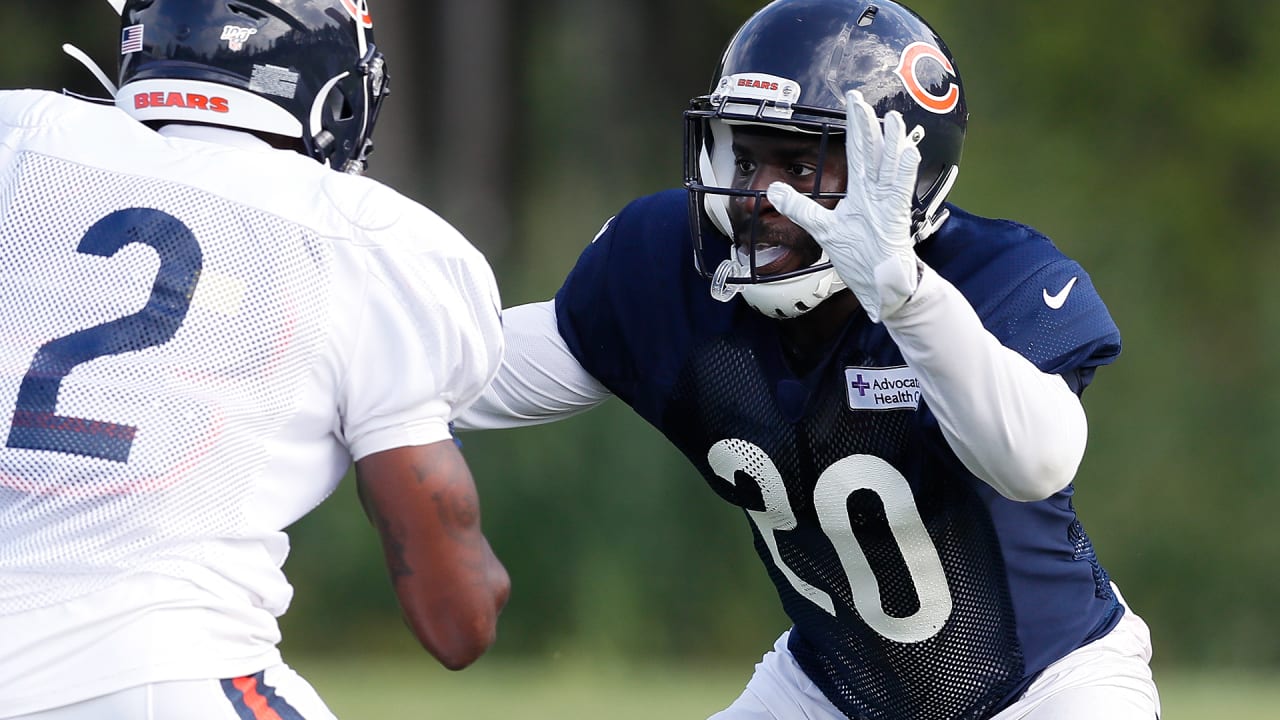 “Love it,” said Amukamara. “You won’t hear any complaints from me. I really, really love this schedule and how coach Nagy is going about things.”

While Amukamara highlighted the benefits of resting veterans, he argued that the policy was helping the younger players on the roster more than anybody else.

“To be honest, if you put the veterans aside,” said Amukamara, “I feel like it helps the guys who are trying to make the team because, now, they’re going to have more opportunities to get on film than anybody in the league. I feel like that only helps them secure a roster spot.”

As the segment moved on, Amukamara took the opportunity to praise his teammates. Fellow cornerback Kyle Fuller hasn’t skipped a beat, and Amukamara predicts a better season from the Pro Bowler, who snagged a career-high seven interceptions in 2018.

He praised linebacker Khalil Mack, who surprised Amukamara this summer by accepting an invitation to come to Amukamara’s football camp in Glendale, Arizona.

“With guys like that, even my stereotype,” said Amukamara, “I’m sure fans, too, you’d think this guy’s a prima donna or a diva, a guy who’s accomplished what he’s accomplished. But he wants everybody to win.”

Amukamara got nearly as excited when talking about his interests outside of football. The cornerback has put a lot of thought into his post-NFL plans and has narrowed things down to two paths.

“It could be two years,” he said. “When you look at other people, it could be eight years. So, just not knowing when that is, but I do know the window is slowly closing. So just trying to make the most of my opportunities.”

Amukamara has taken an interest in real estate and has spent the past few offseasons experimenting in the field. He owns condos in Jacksonville, Arizona, and Los Angeles and has flipped a few houses.

“With real estate, I just get, like, a rush,” said Amukamara. “Just an adrenaline, like football. Just like finding those deals and great cap rates or value adds. Just trying to get a win out of those.”

However, real estate might be a fallback option. Amukamara has aspirations to be on camera, and, at the moment, he’s not picky about how that might happen.

“Every team I get on, it’s like, ‘Man, I hope Hard Knocks comes,’” Amukamara said.

Reality television would only be a means to an end. Amukamara has dabbled in acting classes and has aspirations to become an actor. He believes that realistically, he will have to start in smaller character roles, but he does think about his potential as a leading man.

“If I could have it as I want it, I would want to be like Ryan Gosling in ‘The Notebook,’” Amukamara said. “I’d want to be a heartthrob. But I told my wife there’s no way I could kiss somebody. I couldn’t separate the kissing from reality.”

Tags: about am amukamara