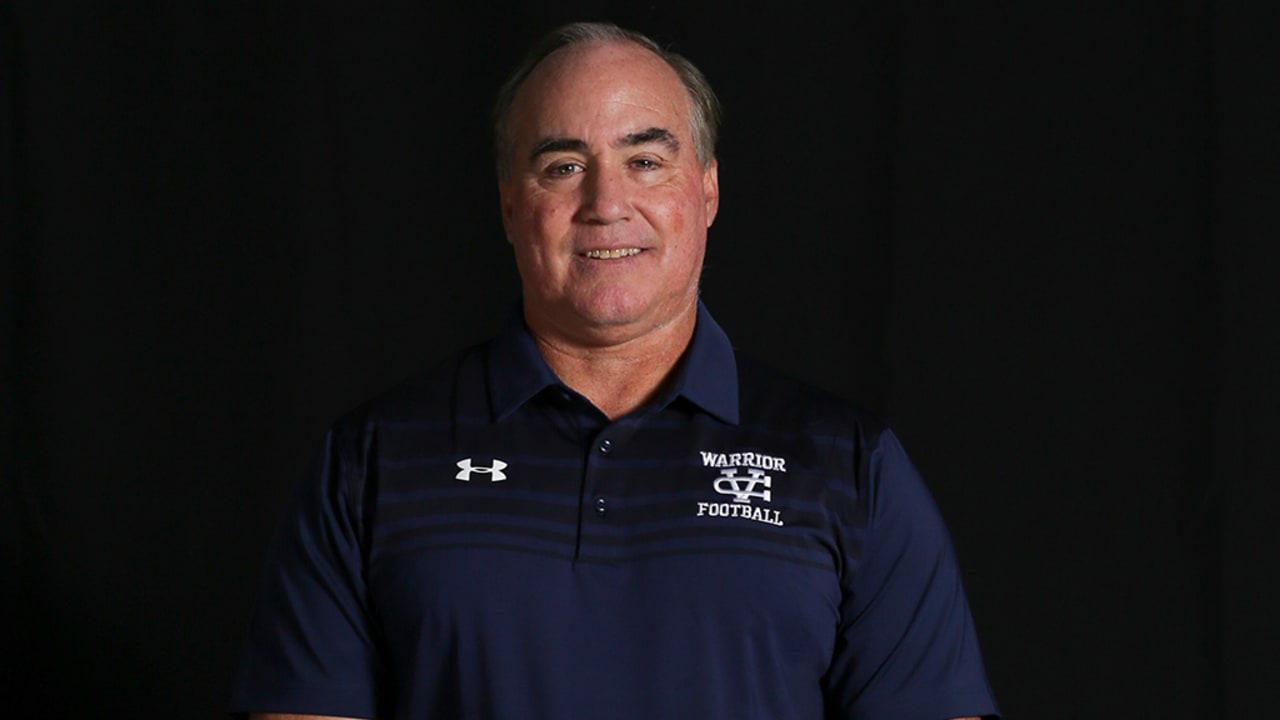 The Valley Christian Warriors were able to defeat the Saint Ignatius Wildcats on Saturday, to a score of 17-7. This conference game was scheduled during the same time as the SAT Test, resulting in many starters from both teams to miss the first half of the game. The Warriors focused on utilizing the clock and throwing big passes in the second half. Warriors defense continued to hold on strong to shutout the Wildcats, helping their team seal another win.

Marking his 23rd year of coaching football, Coach Machado’s continues to build a strong football program that is respected throughout the Bay Area.

When Machado is not at work or on the football field, he is pursuing one of his greatest passions, Football Camp for the Stars. This is a two-day camp that inspires athletes with Down syndrome to learn about football in a safe and authentic environment. In 2007, Coach Machado executed the first Football Camp for the Stars and continues to grow the camp year after year, reaching athletes from all over the United States.

When asked what being named the Charlie Wedemeyer Memorial Coach of the Week means to him, Coach Machado said, “it is an honor, Charlie was a huge asset to CCS football programs and continues to be an inspiration to me.”

As our 49ers PREP Charlie Wedemeyer Memorial Coach of the Week presented by U.S. Bank, Machado will receive a $1,000 grant for the Valley Christian football program from the 49ers Foundation. As part of this award, he will also receive two tickets to a 49ers home game where he will be recognized on the field during the pregame ceremony. Machado will also be invited to visit the SAP Performance Facility to watch a closed practice where 49ers head coach Kyle Shanahan will officially present him with his award. Machado will be featured on the 49ers Cal-Hi Sports Report presented by U.S. Bank on Sunday’s at 6 & 10 p.m. on NBC Sports California, which will continue to air throughout the week. A Service that Makes YOU a Profit, not Your Bookie.
Value Football Tips Service