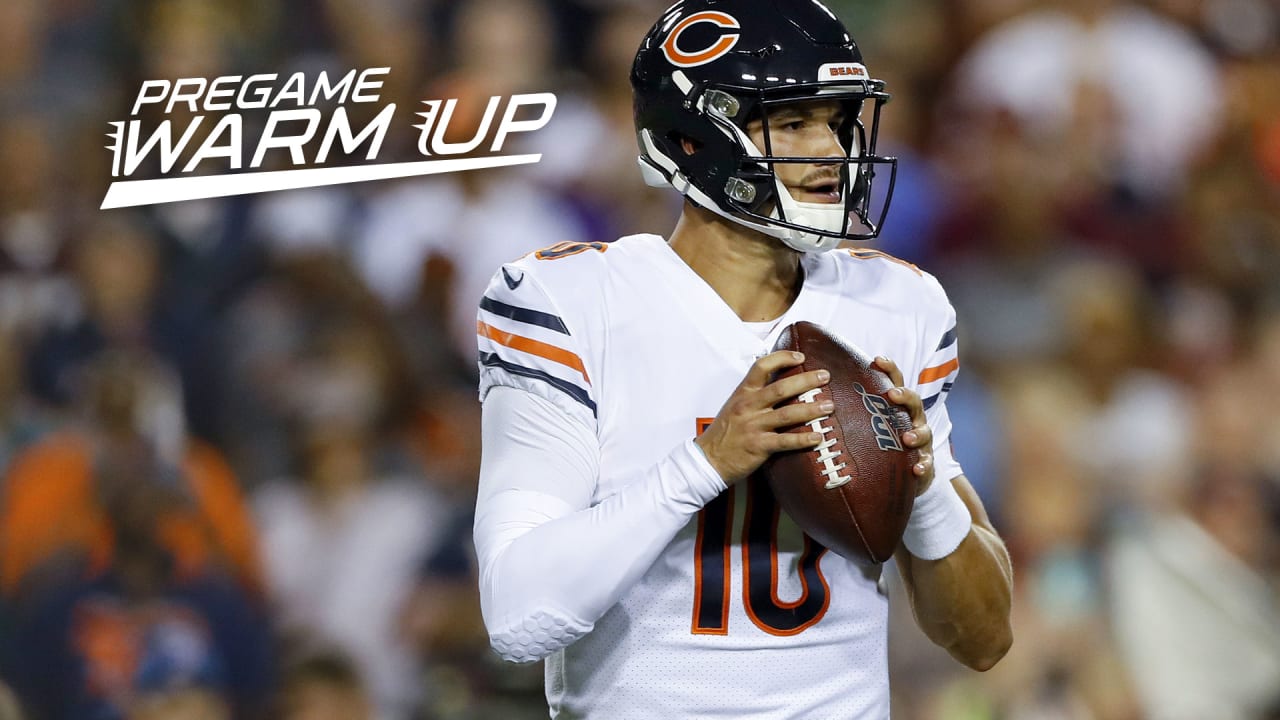 (2) In a strength-versus-strength matchup, how will the Bears defense fare against NFL leading rusher Dalvin Cook and a productive Vikings running game?

Minnesota is the NFL’s only team that averages more yards on the ground (193.7 yards per game) than through the air (164.7), and Cook is the league’s leading rusher with 375 yards and four touchdowns on 57 carries, a robust 6.6-yard average. The former Florida State star has rushed for 111, 154 and 110 yards in the first three games of the season.

“They’re persistent with it,” Nagy said. “It’s something that they’re going to do regardless and they’re good at it. [Cook] is a guy that fits that mold, that zone-type runner that can see the vision of being able to hit the wide zone, the inside zone and cut it back. So if your pursuit’s not there, you’re in trouble.”

The Bears will counter with a defense that ranks third in the NFL in points allowed (13.0) and fifth against the run (68.5 yards). The only individual opponents to rush for at least 100 yards against the Bears last season—the Dolphins’ Frank Gore and the Giants’ Saquon Barkley—both needed overtime to accomplish the feat.

(3) Will key veteran starters Akiem Hicks and Kyle Long—both of whom are expected to be game-time decisions due to injuries—be able to play?

The Bears generally avoided the injury bug last season en route to capturing the NFC North title with a 12-4 record. But it’s beginning to nip at their heels.

Hicks did not practice all week with a knee injury he sustained in last Monday night’s win over the Vikings. The defensive tackle’s presence on the field against Minnesota would provide a huge boost for the Bears given his ability to stop the run and rush the passer. Hicks was dominant in two wins over the Vikings last season, recording nine tackles, 2.5 sacks and six tackles-for-loss.

The Bears defensive line will already be without starting end Bilal Nichols, who will miss his second straight game with a broken hand he suffered in a Week 2 win in Denver.

Long sat out practice Thursday and Friday after being limited Wednesday. Veteran Ted Larsen is listed second on the depth chart at right guard and likely would be counted on to step in and start if Long is unable to play against the Vikings.

(4) After a Week 1 loss to the Packers, the Bears even their record at Soldier Field?

The Bears dominated at home in cruising to their division title last year, winning seven of eight regular-season games at Soldier Field—including a sweep of their NFC North rivals. In dropping their season opener at home to the Packers, they’ve already matched last year’s loss total in Chicago and can’t afford another division defeat Sunday.

Nagy has repeatedly credited Bears fans for providing the team for a true home-field advantage last season and is urging the crowd to make as much noise as it did in 2018—especially in prime-time wins over the Vikings and Rams late in the season.

“The fans last year for those games—and in particular I remember that Vikings game at home at night—they were rocking and rolling,” Nagy said. “To be able to have them in our corner and cheering us on the entire game and then just being out there to make the communication difficult for an offense, meaning the Vikings, it’s a huge advantage.

“And you see the good teams around the league that have the fan base behind them for the entire game just going crazy and being loud in support of their players is huge. I like that. We had that last year and we want to keep that going. It’s a division game and our players completely feed off of that passion.”