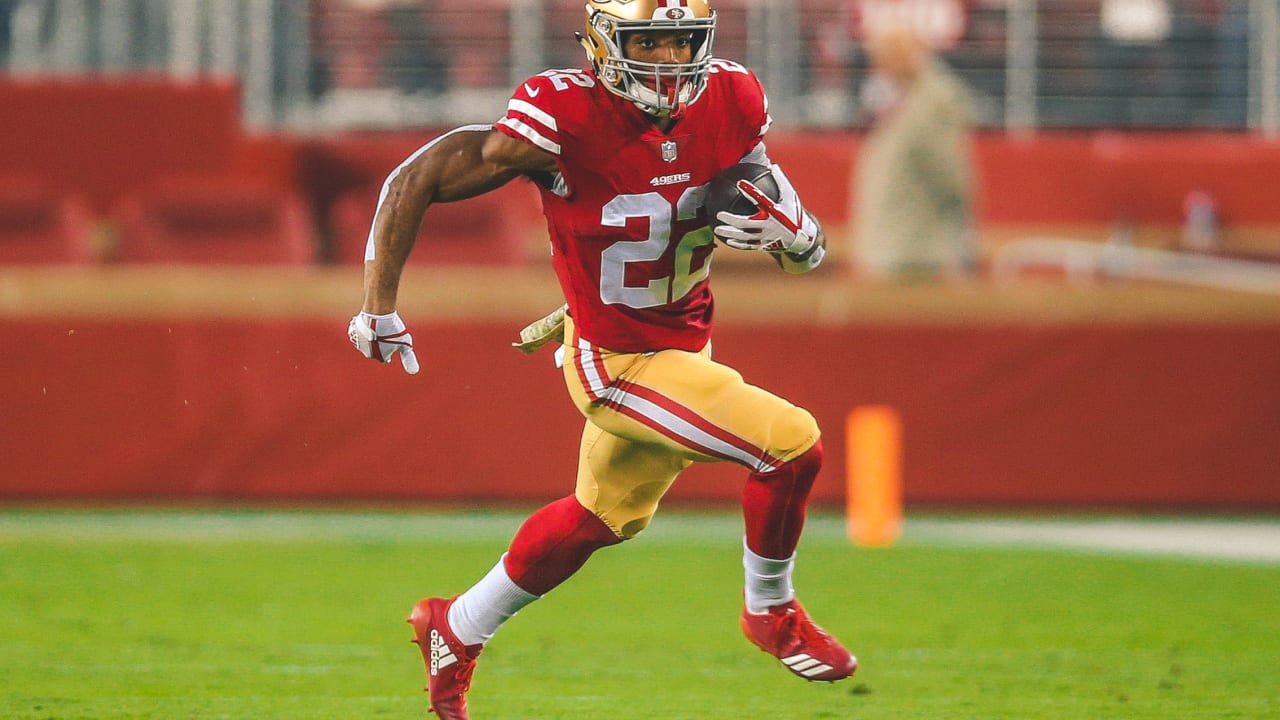 The San Francisco 49ers return to Levi’s® Stadium for their home opener against newly-led Mason Rudolph and the Pittsburgh Steelers. Each week, 49ers.com will be joined by a media member to discuss four key topics ahead of the week’s contest.

This week, we are joined be Matt Maiocco, 49ers Insider for NBC Sports Bay Area and the author of the newly released book, “Letters To 87: Fans Remember the Legacy of Dwight Clark.” Maiocco is in his 25th season covering the 49ers.

Without further ado, here are four key topics ahead of the 49ers home opener against the Steelers.

1st Down: Who will score the season’s first touchdown at Levi’s® Stadium?

Despite coming off of a monster performance in Week 2, Breida has yet to find the end zone in 2019. The ball carrier led San Francisco’s running backs last week with 12 carries for 121 yards, with 80 of those yards coming after contact. Although Breida will split his workload with Raheem Mostert and Jeff Wilson Jr., I foresee the shifty running back slipping through tackles and being the first member of the 49ers into the end zone for 6.

The 49ers have scored eight touchdowns in their first two games. Tight end George Kittle, officially, has been shut out. But Kittle will be the first player in a red uniform to get into the end zone on Sunday. He had two touchdown receptions nullified due to penalties in the season opener at Tampa Bay. This time, a yellow flag will not wipe out his best effort.

2nd Down: Which 49ers player are you most excited to watch in Week 3?

Defensive coordinator Robert Saleh said Blair is often overlooked because he’s not the big name with the top draft selection. But Blair has been a commanding presence so far in 2019. The fourth-year defensive lineman is coming off of a strong outing last week against the Bengals where he registered a sack, two quarterback hurries and three run stops. He may be relied on even more on Sunday if the 49ers are without Dee Ford, who is questionable while working through a quadricep and knee injury. The entire 49ers defensive line will be tasked with forcing Rudolph into some uncomfortable situations in his first NFL start, and Blair has a prime opportunity to rack up more “under-the-radar” stats on Sunday.

Are my eyes deceiving me or do the 49ers look like a completely different team on defense this season? There are a lot of reasons for the improvements through two games, but one guy who stands out for what he brings to the field is linebacker Kwon Alexander. We saw him for only one quarter in Week 1. Last week in Cincinnati, he showed a little bit of everything with his ability to diagnose plays, make big hits and drop into coverage to swat down or pick off passes. But what’s most fun to watch about Alexander is his speed, energy and enthusiasm. He’s been such a positive influence on Fred Warner, too. Those two are a great complement for each other — and the rest of the team’s defense.

3rd Down: Who is the most important Steelers player to contain?

Fans are already aware of what JuJu Smith-Schuster brings to the Steelers offense, so I already expect plenty of eyes on the receiver. McDonald is an under the radar option who continues to increasingly produce for Pittsburgh over the last two weeks. The Steelers tight end appears comfortable with Rudolph under center, catching four of his seven receptions from the quarterback, two of which went for touchdowns in the Week 2 loss to the Seattle Seahawks. Sunday is also McDonald’s first trip back to Levi’s® Stadium since being traded away back in 2017. I’m sure the tight end is eager to have a commanding performance against his former team.

Outside linebacker Bud Dupree has never registered more than six sacks in a season since breaking into the NFL as a first-round pick of the Steelers in 2015. Why Dupree is such an important player in this game is because of the matchup. Dupree will be lined up on most downs against 49ers rookie left tackle Justin Skule, who is starting his first NFL game after taking over for injured Joe Staley. It has been years since the 49ers had any reason to be concerned about their left tackle. If Skule can hold his own against Dupree, the 49ers offense should be able to keep on rolling.

In the absence of Staley, the 49ers might rely heavily on its run game on Sunday. Not to say rookie tackle Skule isn’t up for the task of protecting Jimmy Garoppolo’s blind side, but I predict the 49ers to play it safe and look to their running back duo who have looked dynamic in place of Tevin Coleman and Jerick McKinnon. San Francisco put up a total of 259 yards rushing against the Bengals last week. I foresee a repeat performance at home in Week 3.

Defensive end Nick Bosa, who leads all rookies with 10 quarterback pressures in two games, will bend around the edge to beat Steelers left tackle Alejandro Villanueva for a strip-sack of quarterback Mason Rudolph, resulting in the 49ers third defensive touchdown of the season.