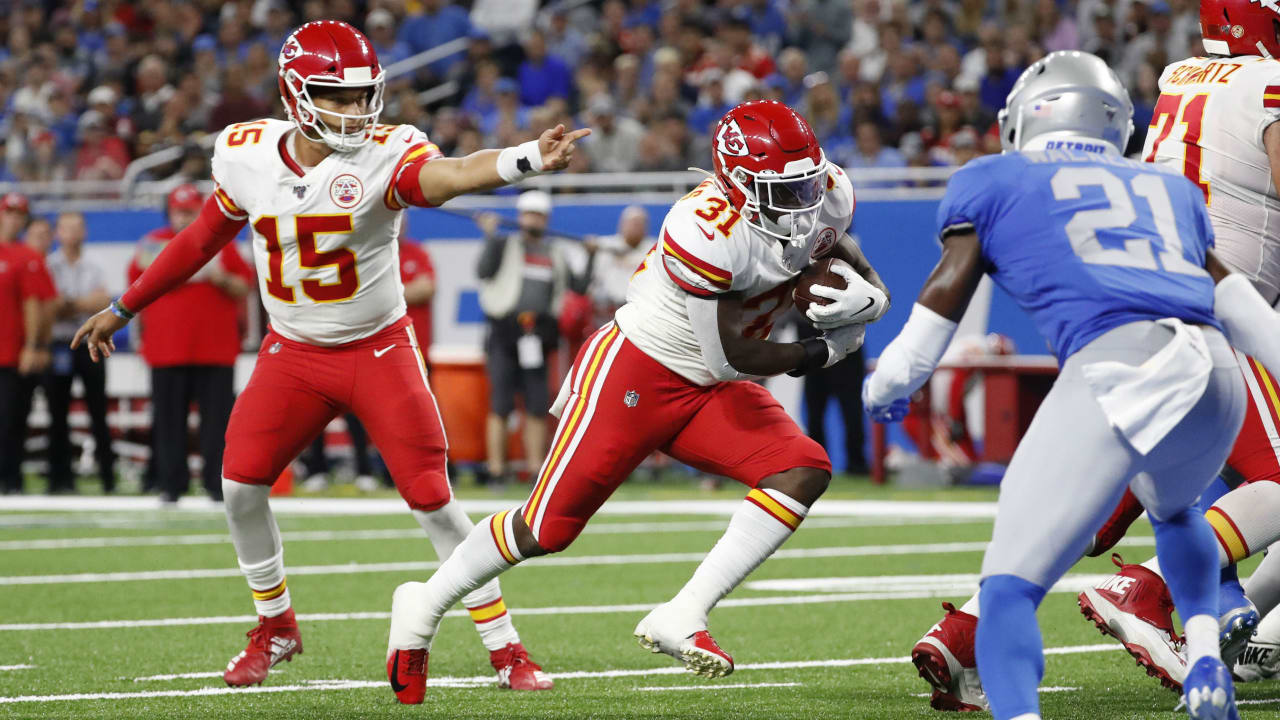 Even in what we described as an “off” game last week, Mahomes threw for more than 315 yards. Simply put, it’s incredibly unlikely to think that he’s not going to make plays and pick up yardage.

This will be a huge test for the Colts and their young defense, especially in the secondary. The Chiefs may not have Hill out there, but they do still have Kelce, and guys like Watkins, Robinson and rookie Mecole Hardman have been making plays. The Colts currently rank 13th against the pass (230.5 YPG), but they have allowed two opposing passers to go over 300 yards, and all but one opposing quarterback threw for multiple touchdowns. With starters cornerback Pierre Desir, strong safety Clayton Geathers and free safety Malik Hooker recently banged up, there’s a lot of guys (such as rookies Khari Willis and Rock Ya-Sin) who have had to step up and play larger roles, and this week may be more of the same.

The Chiefs’ run game is able to be corralled, as they rank 20th (101.8 YPG), but at the end of the day they do have a dynamic, incredibly skilled runner like McCoy leading their backfield. With that said, the Colts have some work to do against opposing runners as they’ve been susceptible to giving up some big gains. All-Pro linebacker Darius Leonard has been sidelined the last couple weeks with a concussion, and Geathers, also in the league’s concussion protocol, plays a key role against the run as well. That has moved Willis and fellow rookies Bobby Okereke and E.J. Speed up the ladder. If last year — with so many of the same players — is any indication then the run defense will improve, and this would be a good week for it.

The Colts have been efficient overall in their passing game as Jacoby Brissett has picked up the offense really well. However, the issue they’ve had to deal with is leading receiver T.Y. Hilton’s recent quad injury that kept him out of last week’s contest. It’s been a little bit of everyone picking up the slack in his absence. Regardless, Brissett has been lights out in the red zone, even when Hilton was out, so the passing game is capitalizing in the money area.

The Chiefs rank 20th against the pass, and they’ve been especially susceptible to chunk plays. While the Colts have been able to make plays closer to the line of scrimmage, they’ve yet to capitalize on the downfield passing game, so this could be the week for it. If Hilton is able to return this week, look for the Colts to potentially be able to make some plays downfield.

The Colts’ run game might just be the backbone of their team, as they never look better than when Marlon Mack and the offensive line are running on all cylinders. They currently rank seventh in the league in rushing (132.5 YPG), and they’ve had four run plays of 20-plus yards. The Chiefs, meanwhile, have been near the bottom of the league against the run so far, ranking 31st overall and 32nd in yards per carry allowed. It’s no layup, though, as teams have been loading up to stop the Colts’ run game including the Chiefs last season in the playoffs (they ranked near the bottom of the league in run defense then, too). Because of playing from behind for much of the game, the Colts weren’t able to run much in Kansas City in the playoffs (just 12 designed runs), but they were able to average 5.8 yards per carry from their running backs.