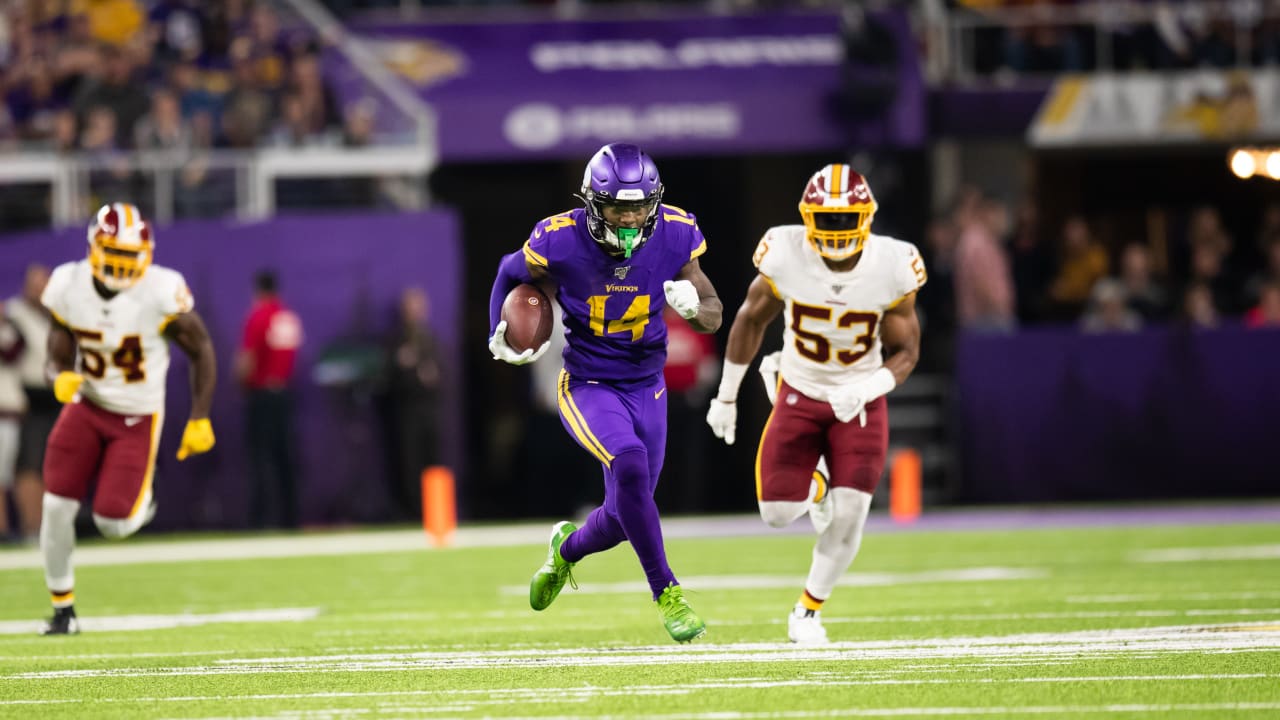 3. Time of possession in the second half and length of game

A Washington team that entered 1-6 against a now 6-2 Minnesota squad tried to take the air out of the ball and improve on its time of possession average of 26:39 that ranked last in the league.

The Redskins, led by former Vikings QB Case Keenum and RB Adrian Peterson, were able to do so in the first half (15:23 to 14:37) but still entered intermission down 13-6.

Keenum was unable to play in the second half because of a concussion, and Washington’s time of possession took a major hit with rookie Dwayne Haskins, Jr., in place of Keenum.

Haskins’ overthrow of Terry McLaurin just two plays after Washington had stuffed Minnesota on a fourth-and-1 gave the ball right back to Minnesota with 1:59 left in the third quarter.

The Vikings mounted a drive that lasted 6:23 and ended with a field goal by Bailey for a 10-point lead.

Minnesota’s defense then forced a three-and-punt, and the offense drained another eight-plus minutes off the clock to salt away the game that lasted just two hours, 39 minutes (the shortest of the 2019 Vikings season).