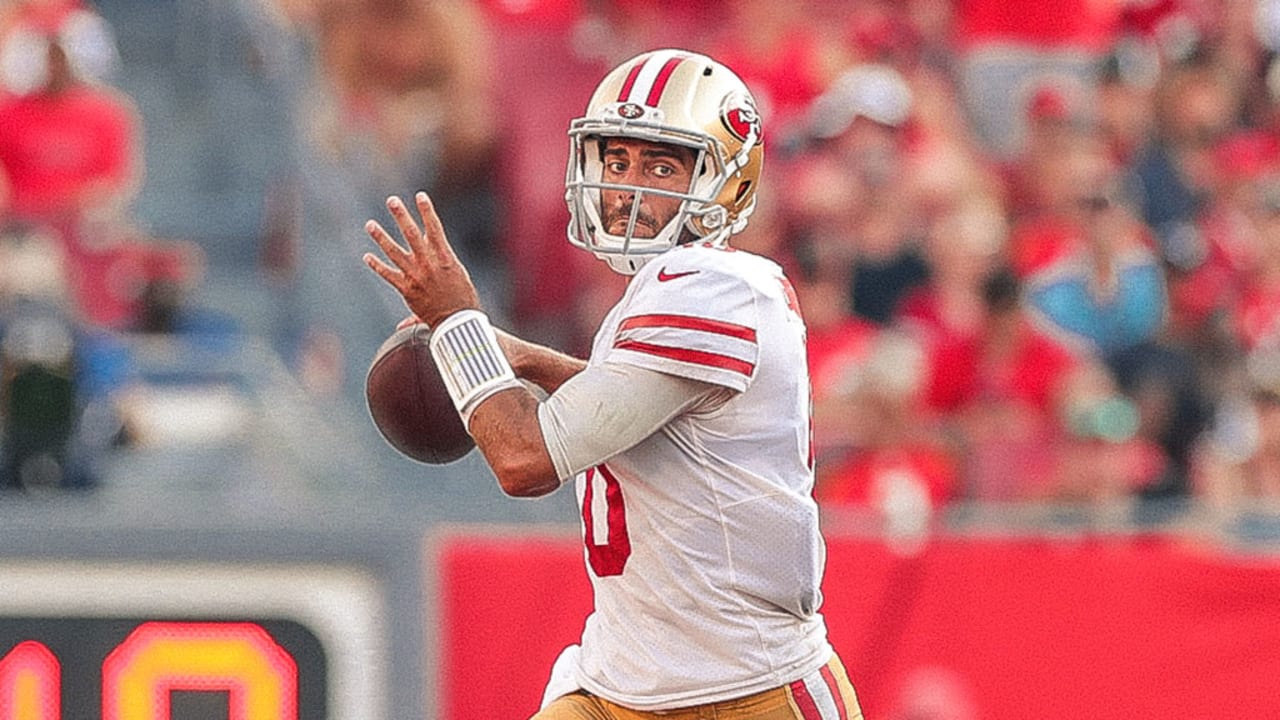 We are back with this week’s Four Downs as the San Francisco 49ers travel to Cincinnati to face the Bengals for both teams’ first matchup since 2015. Each week, 49ers.com will be joined by a media member to discuss four key topics ahead of the week’s contest.

This week, we are joined by Matt Barrows of The Athletic. Barrows has covered the 49ers since 2003.

1st Down: Expectations for Jimmy Garoppolo?

Week 1 obviously wasn’t Garoppolo’s best outing. The quarterback completed 18-of-27 passes for 166 yards, one touchdown and an interception for an 80.2 passer rating, his fewest passing yards in any game as a starter. As you would expect, there was going to be some rust in his first game back since the devastating ACL injury in 2018. As the team shifts its focus to Cincinnati, I don’t foresee Garoppolo coming out the gate firing with a career-high performance. However, I do project San Francisco’s quarterback to take steps forward as he progresses towards his pre-injury form.

I’m not worried about Garoppolo in the long term. I think he’s going to be great in this offense. But I think that greatness will come later in the season. For now, it might be a bit up and down for Garoppolo as he A.) continues to knock off rust stemming from last year’s ACL injury. B.) Continues to learn the Shanahan system and C.) gets in sync with his receiving crew, most of whom are very young.

2nd Down: What is a key stat that will be vital for a 49ers win?

In Week 1, San Francisco’s defense held Jameis Winston and the Buccaneers offense to under 300 yards and allowed just one pass play of 20-plus yards. This week, they will be challenged with Andy Dalton, who threw for a career-high 418 yards and two touchdowns on 31 passes against the Seattle Seahawks. Last week, the 49ers were rated as the top rated defense against the pass while managing to keep Mike Evans and O.J. Howard at bay. This time around, it’s the new look Bengals team under the provision of head coach Zac Taylor with an elusive group of pass catchers including John Ross III and Tyler Boyd.

The 49ers were fantastic in Tampa as far as protecting Garoppolo, who only was hit once. Meanwhile, the Bengals harassed Russell Wilson throughout Sunday’s game. They hit him nine times and defensive ends Sam Hubbard (a former Ohio State teammate of Nick Bosa) and Carlos Dunlap were particularly effective. The 49ers offensive line, especially the tackles, are better than Seattle’s. But being on the road will make their assignment more difficult.