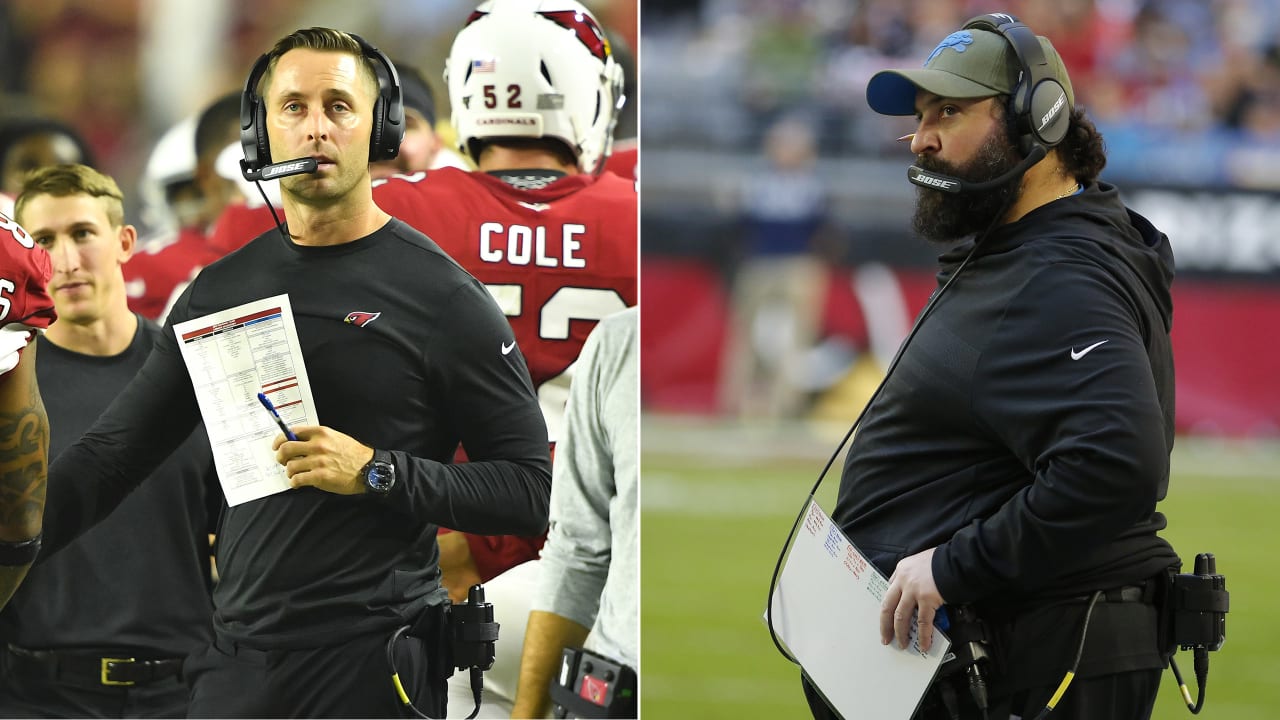 Their teams meeting, especially in the opener when Kingsbury hasn’t coached on this level, brings a level of intrigue. Kingsbury is considered an offensive savant. Patricia, meanwhile, “is one of the brightest minds in football,” Kingsbury said.

“He’s like a nuclear physicist or something, right?” Kingsbury added. “He graduated from one of those engineering schools.”

Patricia did graduate from Rensselaer Polytechnic Institute, studying aeronautical engineering. He could’ve done well in that line of work, but instead chose to climb the coaching ladder, spending more than a decade with the Patriots before becoming the Lions coach last year.

“Just to see where he started, (and) at that place (with the Patriots) you earn your stripes,” Kingsbury said. “He worked his way up and helped them win a bunch of championships, and now he’s trying to do that on his own.”

Patricia’s smarts will be tested in trying to anticipate what the Cardinals might do with rookie quarterback Kyler Murray. The Cardinals showed little of their actual playbook in the preseason; the Lions have countered by studying deep into Kingsbury’s coaching past.

Whether Patricia would be able to glean anything from his short time with Kingsbury is unlikely. Fifteen years is a long time, especially when Kingsbury wasn’t actually coaching yet and Patricia was just trying to figure out the gig on the NFL level.

But Patricia said it was obvious Kingsbury digested well the game of football. Maybe coaching was inevitable.

“I just think that he really understood concepts, he understood situational football and he was able to put his mindset and mentality into those situations and really be able to understand the things that he was trying to do,” Patricia said. “A lot of it from a quarterback position, you have to have to look at the game from different perspectives of concepts, down-and-distance and game clock management and all the rest of that.

“He just could really handle all of that at a high level, which is pretty unique.”