The New England Patriots and San Francisco 49ers are still undefeated, and the playoff races behind them are heating up heading into Week 8 of the 2019 NFL season.

After their defense carried them to another win in Week 7, the San Francisco 49ers decided to add some more help for Jimmy Garoppolo, acquiring Emmanuel Sanders from the sliding Denver Broncos. Teams like the Broncos and Los Angeles Chargers, who lost to new Tennessee Titans starter Ryan Tannehill last week, have to start thinking more about joining the likes of the Miami Dolphins and Cincinnati Bengals in admitting this season is a lost cause.

But there’s still hope for a few struggling teams, just as the stakes have never been higher for organizations like the Seattle Seahawks and Philadelphia Eagles heading into Week 8.

Here’s a look at which games will be broadcast nationally and in your area this week, headlined by a pair of pivotal AFC battles occurring at the same time.

Minnesota is riding high thanks to Kirk Cousins’s resurgence, while Washington can’t get anything going on offense. This should be a blowout. 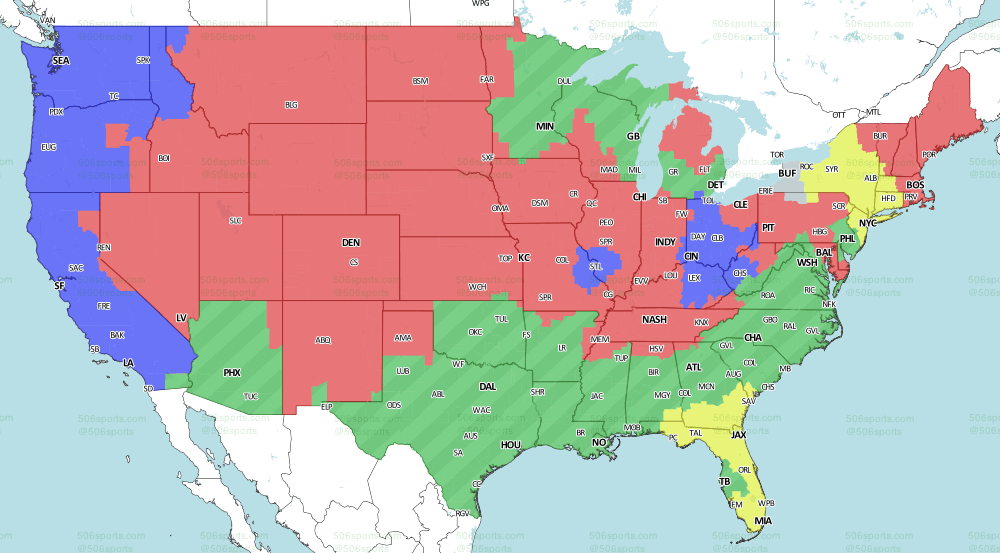 The quarterback battles between Gardner Minshew and Sam Darnold and then Teddy Bridgewater and Kyler Murray should be intriguing enough, with Murray looking to play the role of the spoiler against the mighty Saints.

It’s too bad much of the country will have to watch the Colts and the Broncos, because after Joe Flacco’s performance in primetime against the Chiefs last week, a Sanders-less Denver passing attack is hardly appointment television. Though Flacco still isn’t as hard to watch as Andy Dalton, who will be taking his interceptions to London this week. 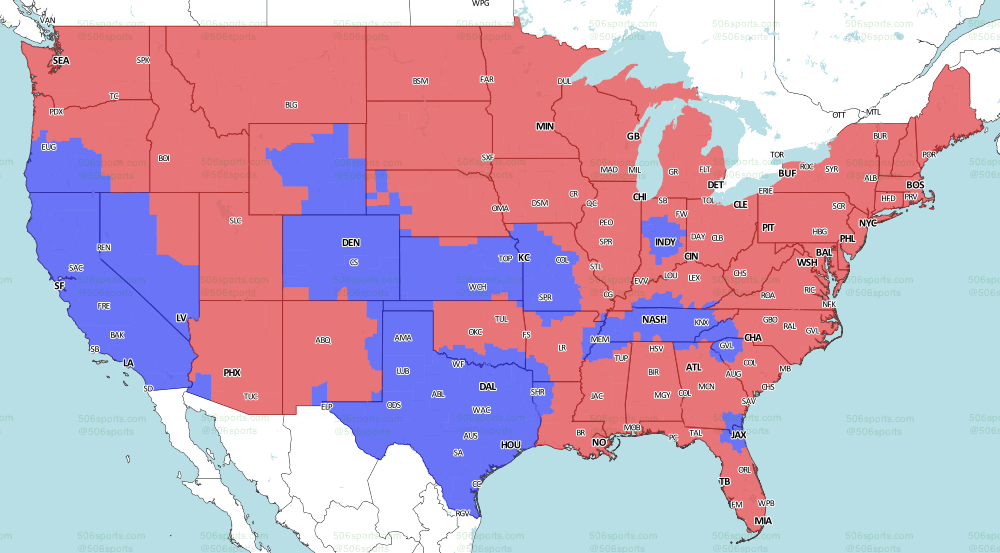 If the New England Patriots are playing, they’re typically going to get the most broadcast coverage. This game against the Browns won’t be easy, since the Browns do have talent and aren’t technically out of the race yet at 2-4. But they’ve looked out of their depth on offense under Freddie Kitchens, with Baker Mayfield looking like a bottom-tier quarterback. It’s hard to see them bouncing back against a Patriots defense that is embarrassing quarterbacks on a weekly basis, but, again, the Browns do have talent.

The Texans vs. Raiders game will be even more intriguing and carries more weight in the AFC playoff race, especially after the Texans faltered in Week 7 against the rival Colts. These are two evenly-matched teams, so this game could go either way. Look for Deshaun Watson to be the difference. 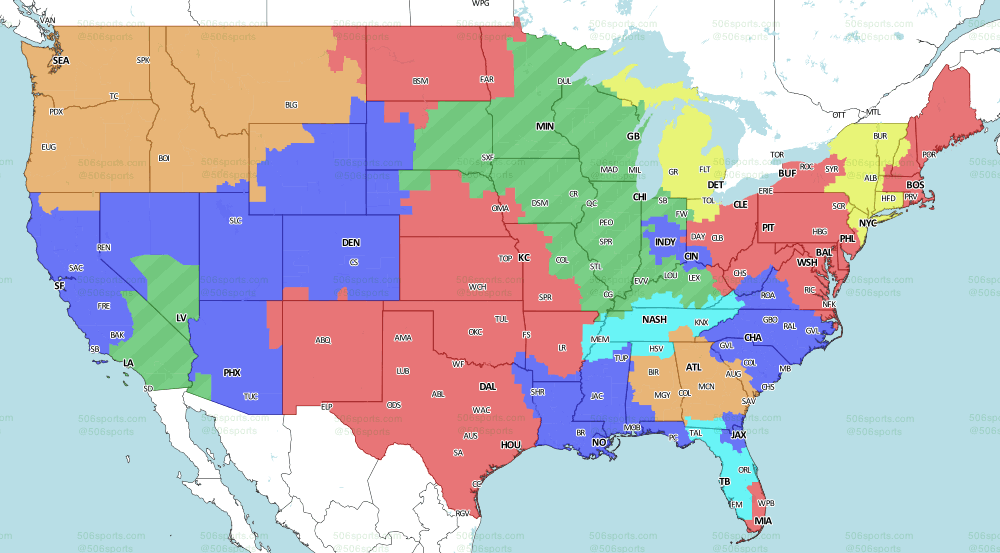 Each of these games will be worth watching in some way, but the Eagles vs. Bills matchup looks like the big-ticket battle among the early games. Behind their defense, the Bills look like a perfectly good playoff team right now at 5-1, while the Eagles still aren’t playing up to their potential, particularly on offense with Carson Wentz at the helm.

Meanwhile, Kyle Allen will start against an upgraded 49ers team that has designs on going all the way this season. This will be a real test for the Niners, since the Panthers are in the thick of the Wild Card race in a highly competitive NFC.

Next: NFL Week 8 Picks Against The Spread

Without Patrick Mahomes, this matchup doesn’t carry as much of a primetime punch, but the Chiefs don’t look cooked without their MVP quarterback. That said, do they have enough fight in them defensively to cope with a clicking Aaron Rodgers, who was back to his nearly flawless best in Week 7?

Unless if you love either team to death or REALLY love football, don’t watch this game. There will only be misery.