FOXBOROUGH, Mass. — Quick-hit thoughts and notes around the New England Patriots and NFL:

1. Watson thought “maybe this is it” after release: When the Patriots released veteran tight end Benjamin Watson on Oct. 7, there were reports Watson still wanted to play this season. Those were accurate, but also a bit incomplete. Watson told me this week that if he played in 2019, it would have only been in New England because of family considerations.

“There were some other teams that called,” he said as he prepared for Monday’s road game against the New York Jets (8:15 p.m. ET, ESPN), after being re-signed Tuesday. “But at this point, it would have been very difficult for me to go somewhere, no matter where it was, and have them be here. We just moved, and we weren’t going to move anywhere else. There are some other organizations I have a lot of respect for, but at this point, being that the season has started, school has started, we weren’t going to move.

“My desire to play wasn’t going to trump the commitment we made as a family that we were not going to be separate for two months.”

So when Watson, 38, walked out of the locker room on Oct. 7, thoughts were swirling that he had played his last NFL game.

“I was processing it as ‘maybe this is it.’ As difficult as it was, I was prepared for ‘it’s going to end at some point and it’s usually not pretty, but you get over it and it’s OK. So maybe this is how I’m going to exit.'”

Which makes Watson’s return to action Monday all the more special. The Patriots gave him $800,000 in guaranteed money to return, which provides some reassurance he’ll be around for the season. His return also helps fill the void with tight end Matt LaCosse (knee) sidelined.

When the Patriots called his agent about re-signing him, Watson needed some time to make his decision.

“While I was excited, I was also dealing with emotionally the question of ‘Do I want to re-start this thing over again?’ When you go through certain disappointments and stuff, you deal with it and then try to move on. Do you want to open that back up? I started to shift and think that ‘maybe this is it and I’m OK with that.’ That was a long conversation, through the night.

“In the end, it was that I came up here to play, and to be a part of this team. I had another opportunity to do so, and so I want to give it another shot.”

2. Belichick backs Bielema on Bennett suspension: I view veteran defensive end Michael Bennett‘s suspension for conduct detrimental to the team as an example of how coach Bill Belichick backs his staff, and sends a clear message to all players that certain lines can’t be crossed. Had Bennett privately addressed disappointment about his role, it’s hard to imagine the result would have been a suspension. But because Bennett’s displeasure was voiced in front of other players, it potentially threatened the authority of defensive line coach Bret Bielema. So, Belichick came down hard.

3. Did you know: The Patriots have used man coverage schemes 67% of the time this season, according to NFL Next Gen Stats. That is the second-highest rate in the NFL behind the Lions (73%), who of course, have former Patriots defensive coordinator Matt Patricia in his second year as coach.

4. Defensive snaps are way down: The Patriots have been on the field for 374 defensive snaps in their 6-0 start, averaging 62.3 snaps per game. This is a result of strong play on third down, a high total of turnovers, and some offensive inefficiency from opponents. As long as the defense isn’t giving up big plays, this is a telling stat, because the fewer times the offense has the ball, the less likely it is to score. For context, here is how that compares to the past five years at this point of the season:

5. Patriots rookie receivers go under the radar: With starting receiver Josh Gordon (knee/ankle) already ruled out Monday night, and No. 3 target Phillip Dorsett (hamstring) questionable, the Patriots could be leaning more on undrafted rookies Jakobi Meyers and Gunner Olszewski against the Jets. They both played extensively in the second half of the Week 6 win against the Giants, so how do Meyers and Olszewski feel about continuing with that workload? The answers are elusive, as Belichick had the players off limits to reporters in the locker room all week, perhaps as a reminder that actions are more important than words.

6. Replays on PI about what was expected: Belichick has yet to throw a challenge flag on a pass interference penalty (or lack thereof) this season, and if he did, chances are he would lose it. Coaches are 4-of-37 on challenges (10.8%), according to ESPN Stats & Information research. In his weekly interview on sports radio WEEI, Belichick noted the high bar to overturn a call or non-call, and how it’s consistent with what was advertised to him. “I think it’s been pretty clear and the league has come out and said, it has to be clear and obvious. What the definition of that is, I’m not sure. But I don’t think there can be much gray area, or it’s not clear and obvious. I haven’t studied all of them, but a lot of the ones that I’ve observed or have been in our games, I can see why they were called the way they were,” he said. 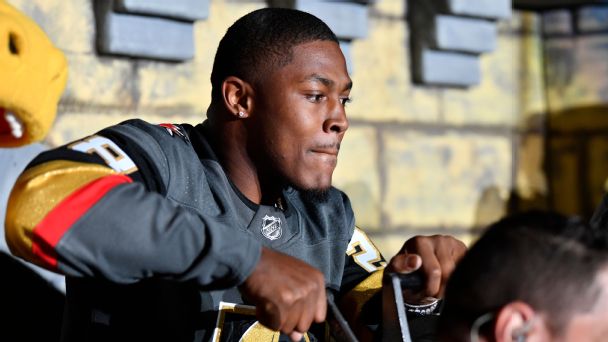 7. Browns’ bye week lessens strain on Patriots’ short week: Next week marks the first of two times this season the Patriots face a team coming off a bye, with quarterback Baker Mayfield and the Browns coming to town. With the Patriots coming off a Monday night game, it is a rare case of the short week vs. long week dynamic. One thing that helps the Patriots’ staff is they won’t have to add a Week 7 game to their Browns preparations, so they could get a more complete jump start on them with some of the extra time they had this past week.

8. Nugent returns to where career started: Veteran kicker Mike Nugent, who was signed by the Patriots three weeks ago after Stephen Gostkowski went on injured reserve (hip), broke into the NFL with the Jets in 2005 and was with them for four seasons. So Monday brings the 37-year-old full circle. “At the time, I wanted to play 10 years,” he said, noting the presence of players such as Kevin Mawae, Chad Pennington, Curtis Martin and Wayne Chrebet, among others, who provided him a great example to follow. This year is Nugent’s 15th, so he has exceeded his own expectations.

9. Boldin retiring as a Raven sparks playoff memories: Anquan Boldin retiring as a Raven last week brought back thoughts of how Boldin’s time there (2010-12) was when the New England-Baltimore rivalry was arguably at its peak with the teams making back-to-back appearances in the AFC title game. Boldin was a force. The other thought I had: Boldin must really have a sour taste from his time in Arizona (2003-09) to decide to officially retire as a Raven. I always viewed him as a Cardinal first.

10. Compassion from others stands out to Watson: One leftover from Watson, coming full circle and ending where we started — just like he is in his career after starting his career in New England (2004-09):

“This whole season has been sort of surreal being back here. Even in preseason, when I first put on the pads, I keep getting this weird déjà vu. Things are different but they still remind you of what was a huge part of our life for a long time. You just never know what tomorrow holds, you never know the journey you’ll take. And I know there will be a lot more twists from here.

“The great thing is even in that time I was cut, and out of the league, I got so much support and encouragement from different types of people that I haven’t even met face to face before — whether it was strangers on Twitter, or different personalities in media, or family members and friends. It was very comforting that people reached out to me during that time. Many people aren’t that lucky. That was really moving to me.” Build A Body You Can Be Proud Of, In 12 Weeks, Without Going To The Gym.
Ripped With Bodyweight

This is a truly sexy way to make betting winnings. You're going to love it.
Agile Betting System

To Burn Stubborn Fat And Reveal Your Abs Without Going To The Gym.
Xpress Fat Loss Workouts