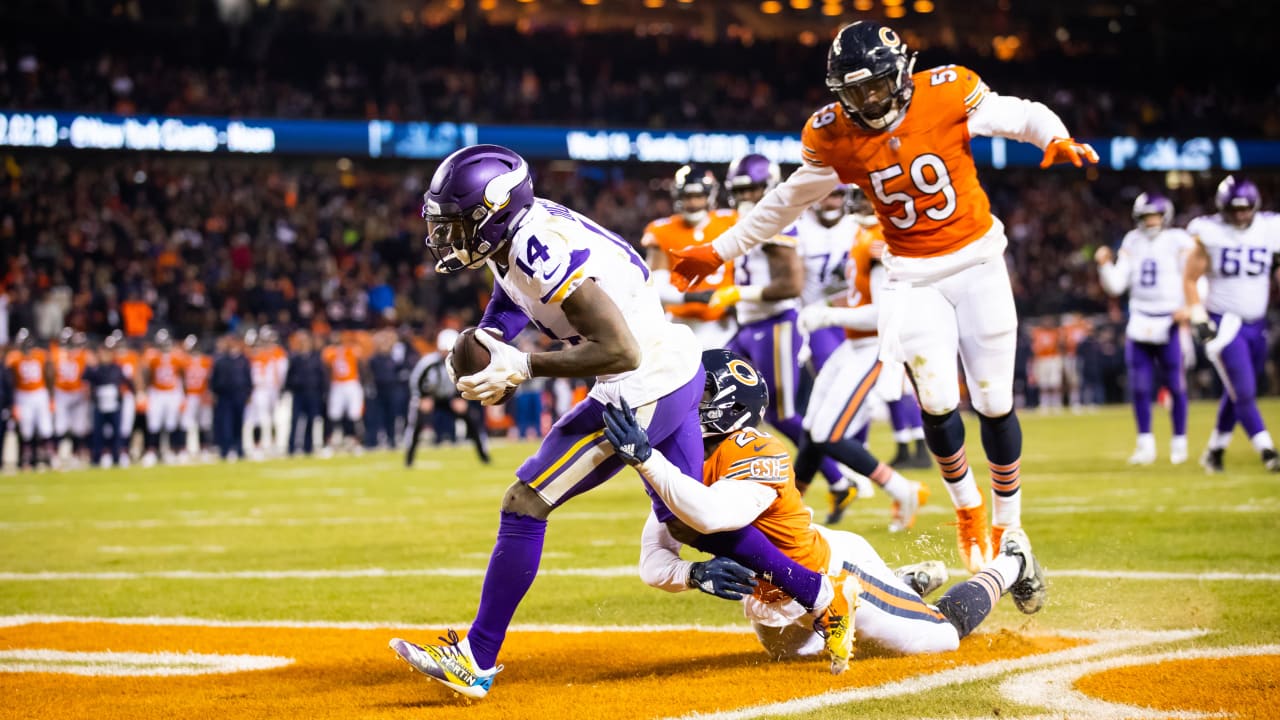 After three games, Minnesota is tied for fifth in points per game (15.7) and ranks 12th by allowing 327.3 yards per game.

Khalil Mack had two of Chicago’s four sacks and forced two fumbles Monday. He leads the team with 3.0 sacks on the season.

Kyle Fuller and Clinton-Dix each have a pair of interceptions this season.

Special teams: Vikings kicker Dan Bailey had a perfect day Sunday, nailing a pair of field goals (24 and 50 yards) and adding four extra points. He also recorded touchbacks on all seven of his kickoffs.

Punter Britton Colquitt only punted twice, averaging 47.5 yards per attempt. Chad Beebe had 21 yards on three punt returns, but did muff an attempt. Ameer Abdullah had one kick return for 25 yards and provided solid punt coverage once again.

Bears kicker Eddy Pineiro missed from 44 yards and was good on a 38-yard attempt on Monday. He added four extra points. He has made five of six field goals and all five of his extra point attempts in 2019.

Chicago punter Pat O’Donnell is averaging 48.0 yards per punt this season with a net average of 43.6.

Patterson, who was a Pro Bowl kick returner in Minnesota, is averaging 26.0 yards per kickoff return on two attempts.

Sunday marks the 117th overall meeting between the Vikings and Bears. Minnesota has only played Green Bay more times in team history.

The Vikings are 60-54-2 in franchise history against the Bears, which includes one playoff game that Chicago won.

Minnesota was swept by Chicago in 2018, the first time that happened since the 2011 season.