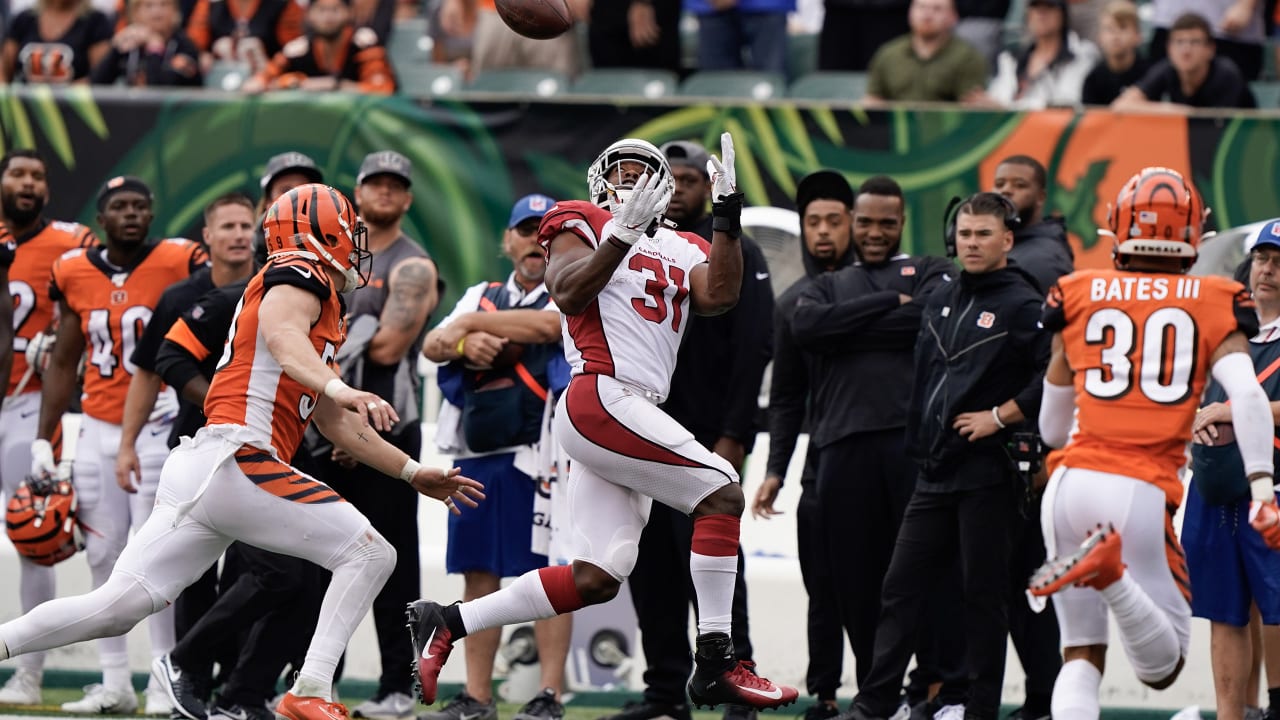 David Johnson has never dealt with a back injury before, and judging by the way he answered questions about it Friday, it’s probable that the Cardinals running back would rather not have to deal with it again.

“It was just tight – felt tight – and now it’s good to go,” Johnson said Friday, although he later added he doesn’t know if he will play for sure.

Coach Kliff Kingsbury said Johnson will be a game-day decision, not unexpected with an issue like a back that could flare up.

“Hopefully,” Kingsbury said, “we can get him all the way there.”

Not having Johnson wouldn’t be ideal heading into Sunday’s home game against the Falcons, although backup Chase Edmonds is coming off an excellent game (68 yards on eight carries and another three receptions for 18 yards) and has known all week he might get a heavier workload whether or not Johnson dresses.

“I try to prepare myself the same every week, going in and preparing like I’ll get all the touches because that’s the mindset you have to have in the NFL,” Edmonds said. “However many touches that I get is what I get. I have a saying, ‘Do more with less.’ So whether it is five carries, three carries, one or seven, find a way to do more with it.”

Edmonds capped his day last week with a 37-yard touchdown run, showing off his quickness and speed down the sideline.

“I want to find myself as a dynamic playmaker for this offense, so I need to continue to build on it,” Edmonds said.

Johnson was dealing with the back tightness during the Bengals’ game, making his performance – 91 yards rushing on 17 carries, a team-best 65 yards receiving on three catches – even more remarkable. Johnson dismissed any frustration about having an injury just when he was finding a groove – “It’s the NFL, injuries happen (and) it’s really just how you play with injuries,” he said – and hoped he could repeat it again Sunday.

“I think coaches really go with what’s working,” Johnson said. “The running game was really successful well last week, and hopefully we can continue that.”