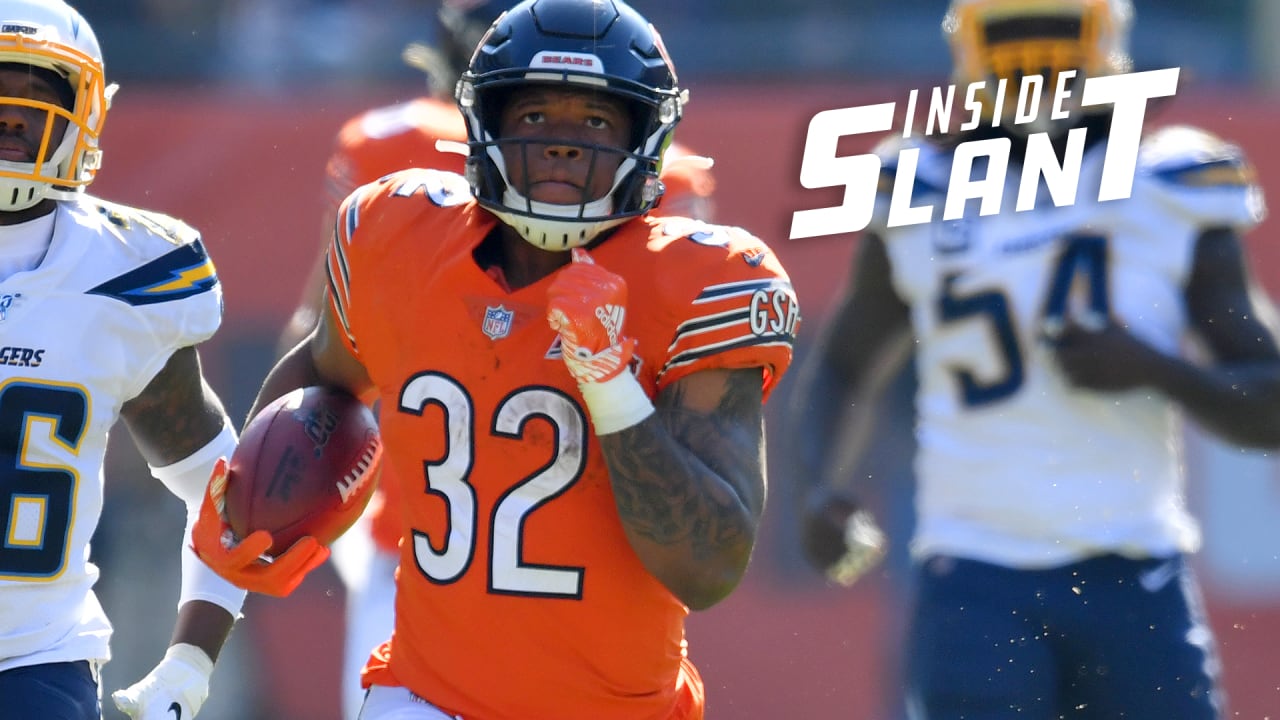 “The game was just going the way of rushing today,” Montgomery said after the game. “We were just able to rush the ball. That was the flavor of the day today, and it was working.”

Though the locker room was in a sullen mood after the heartbreaking loss to the Los Angeles Chargers, Montgomery’s breakout offered a slight silver lining.

“I have no idea what the numbers were,” Nagy said immediately after the game, “but we felt like our guys were going pretty good. They started out playing certain personnel to what we did, and our guys blocked well, and 32 (Montgomery), you guys saw, he ran hard.”

Montgomery picked up 135 yards on 27 carries and scored the team’s lone touchdown of the game in the third quarter.

Despite the lack of touchdowns, the Bears’ offense spent most of the afternoon on sustained drives, something that hasn’t happened very often this season. Though struggles in the red zone would prove costly, the balance that Montgomery’s performance provided seemed like a blueprint for the offense moving forward.

“It was nice,” said tackle Bobby Massie, speaking of the Bears’ running attack. “Coach stuck with it, kept calling it. We kept executing, so we’ll see moving forward.”

Sunday’s game was Montgomery’s first 100-yard game as a pro, the first by a Bears running back this season and a reversal of a three-week downward trend in usage where Montgomery saw his attempts go from 21 against the Minnesota Vikings to 11 against the Oakland Raiders to two against the Saints.

Receiver Taylor Gabriel said after the game that he encouraged Montgomery to stay patient during that period. Montgomery said that he took that advice and resolved to make the most of his opportunity, whenever it came.

“He just trusts in himself,” said fellow running back Tarik Cohen, “trusts in his blockers. Hitting the hole and never letting the first person tackle him.”

Dating back to his time at Iowa State, Montgomery has had a knack for gaining most of his yards after contact. That ability to break tackles paired well with a reinvigorated line.

On Montgomery’s 55-yard run in the second quarter, Massie and guard Rashaad Coward were able to open a hole wide enough for Montgomery and pulling guard Cody Whitehair to run through, springing the Bears’ longest run since 2016.

Montgomery was quick to credit the guys up front for his success.

“My o-line blocked their ass off,” said Montgomery. “It just didn’t go our way. We just came up short.”

On the season, Montgomery has rushed for 366 yards, averaging 3.7 yards per carry.

The Bears gained a season-high 388 yards, besting the 298-yard effort against the Washington Redskins in Week 3, as the ability to take the pressure off quarterback Mitchell Trubisky for broad swaths of the game opened up downfield opportunities.

This strategy paid off big in the opening drive of the second half. Nagy called Montgomery’s number five straight times, gaining 23 yards, eventually paving the way for a deep throw to Allen Robinson II to put the Bears on the Chargers’ 4-yard line.

Where the previous four red-zone visits had stalled, Montgomery found the hole on first-and-goal and waltzed into the end zone for his third touchdown of the year.