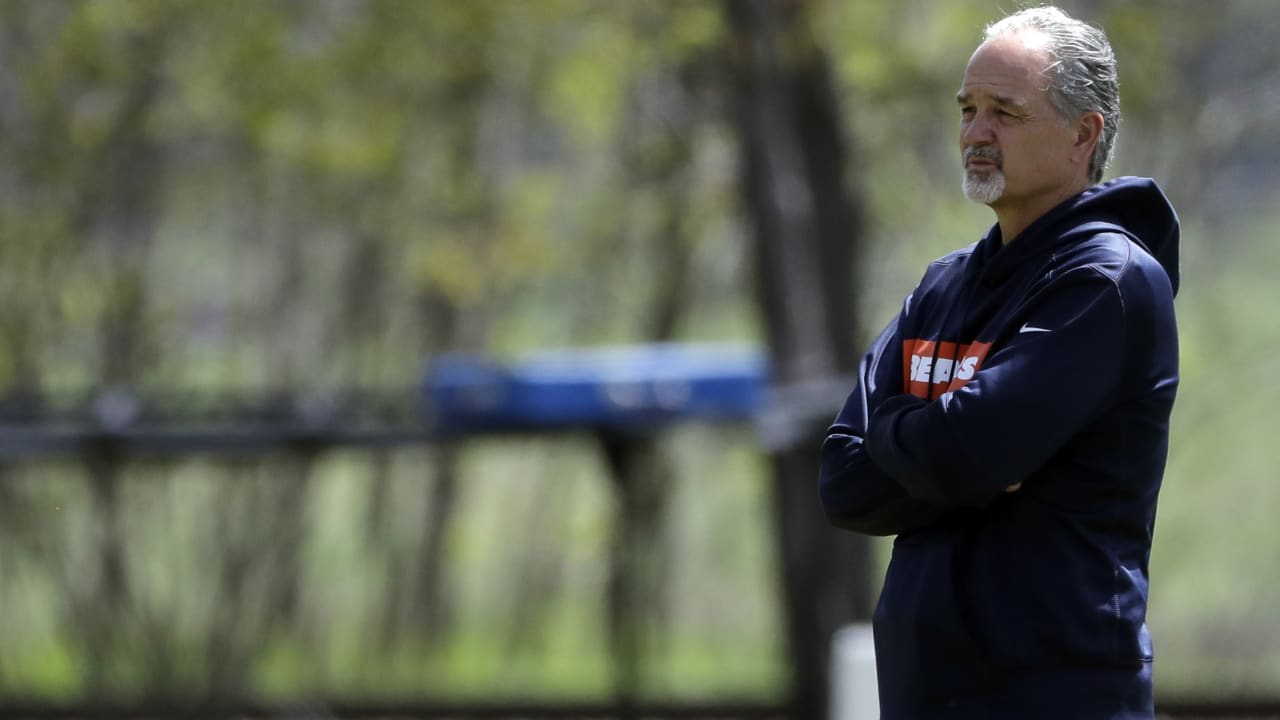 Are there going to feelings and memories coming back when you return to Indianapolis?

Pagano: “Yeah, I mean I’d be lying if I said there wasn’t going to be any. I’m sure once we get down there and you step out on the field and go through all the pregame stuff and see a lot of old faces and shake a lot of hands and high fives and all that stuff. It’s a business trip. We got a game to play and all that stuff. There’s a lot on the line for a lot of these players. So, our focus and energy and everything has been in our preparation for the game, but certainly spent six great years there and a lot of fond memories. So, it’ll be pretty cool.”

What makes Indianapolis as a place unique? You’ve coached all over.

Pagano: “I just think the people. You always hear about Hoosier hospitality, but until you live it like I had an opportunity to live it here, you can’t appreciate it like I appreciate it. So, just really, really good people.”

As you went through your journey there and beyond, what did it mean to have the support of that city?

Pagano: “It was incredible. I was only there a short time before I was diagnosed. For that city and for that community, the organization to embrace me and support me and my family through that whole journey, it just speaks to what we just talked about. The Hoosier hospitality and living it like we lived it was truly amazing. They didn’t have to do that, but it just speaks to there’s a lot more good in this world than bad. Really, really good people and was fortunate to be where I was at the time.”

You told us in camp that you were happy to have a team again, your family was happy to have someone to root for again. Did you pay attention to the Colts last year, and what was your relationship like from afar if you would see them on TV?

Pagano: “Yeah, doing the consulting gig with the NFL I got to see everybody, which was good for me. That was my football fix. So, I kind of paid attention to the entire league, but again just having been there, followed them just like everybody else. When things went good, you send out texts to people you know and congratulate them on things and check in with guys. Other than that, it wasn’t anything else. I had my own stuff going on.”

What did it mean to you when during the offseason you were able to continue your CHUCKSTRONG fundraiser in Indianapolis hosted by the Colts, and the Bears kind of partnered with them to put it together?

Pagano: “Yeah, it just blew me away. Blew all of us away. It was really unprecedented how in the National Football League where everything is so secretive and nobody wants to share anything, for two organizations to come together and the generosity of the McCaskey family purchasing a table and supporting that cause and making the trek down there, it was just unbelievable. It just speaks to the people that own these two organizations and the fan base and everybody in these two football buildings to their character. That they understand that what football is and the game and all that stuff, but it was a night where both teams, both organizations put football to the side and we all came together for a great cause: that was to raise money for cancer research.”

How do you feel like you’ve changed since you last coached Indianapolis to now, as a play caller, as a coach, everything?

Pagano: “No, I’ve always just tried to stay true to myself. So, I don’t think so. I just know that I’m grateful to be back with the team and back on a sideline surrounded with just great people, great players, great coaches, great organization. It’s an amazing building to come to every single day. We all are trying to do the very best that we can do to make sure that you stick your fingerprint on that deal, it works and you get to come in everyday. So, it’s pretty cool.”

I’m sure you had a great relationship with Andrew Luck when you were coaching him. Is it disheartening for you to see him kind of going through the health problems again this preseason? I know you dealt with that a couple of years ago with him, just not knowing what his availability was going to be.

Pagano: “Yeah, you don’t want to lose anybody. You don’t want to see anybody get injured in this game. So, it’s tough because he’s missed a bunch of time. Obviously, missed the entire ’17 season. Came roaring back last year. He’s dealing with something, but Andrew’s a tough kid. Going through what he went through before is only hardened him and strengthened him for this one. I’m sure it’s no big deal and he’ll get through it and be back for opening day.”

Jim Irsay is a little different as an NFL owner; some might say eccentric. What was dealing with him like? Did you have any unique kind of almost not football story? Any experiences with him that are worth telling?

Pagano: “Yeah, I got a bunch, but this ain’t the time or place to share them. He’s a great man. Having the intimate, private conversations that I had with Mr. Irsay, until you really know the guy, you can sit there and read this, that, and the other just about anybody — it doesn’t matter. Jim’s a great man. He’s got a huge heart. He takes care of his people and everybody that’s come through there is family to him — ex-players, ex-coaches, so he’s all about family. He’s all about his faith and football. He talks about that all the time and he takes care of a ton of people. Everybody that worked for the ‘Shoe, players, coaches, it doesn’t matter. He’s a generous, generous man. He’s got a huge heart. So, again, he’s a unique, unique, special person.”

Have you ever been in the visiting locker room at Lucas Oil Stadium?

Pagano: “It probably doesn’t look like the home one (laughs).”

What are the best food spots in Indy?

Pagano: “Oh, like I said St. Elmo’s. You always got to try St. Elmo’s is good. Right down that main street there I think it’s Illinois maybe? You’ve got St. Elmo’s and then you can walk a couple blocks and you got Ruth’s Chris, which is outstanding. Then, you down the Conrad and they got Capital Grille in there. If you just want to go burger and fries, Steak ’n Shake’s right across the street from here. I highly recommend that.”

Do any of your players ask for any tips or scouting tips on the guys that they’re going to be playing on Saturday? And did you help them out with any techniques or little details?

Pagano: “Yeah, so having obviously spent some time there, that roster’s turned over. Nowadays, these rosters turn over at an amazing rate year in and year out. So, there’s still some guys on that football team that I spent a lot of time with. So, been able to help some guys out with as far as from a talent standpoint and things that you can watch a tape and you can see what they do on tape, but from a physical standpoint and how fast and what techniques they use, what kind of routes, what kind of tendencies they have, this, that, and the other. Maybe rushing one of the offensive lineman. I got to see those guys in pass pro for a long, long time. So, know what they’re really good at, and know what their weaknesses are. So, tried to help in that way.”