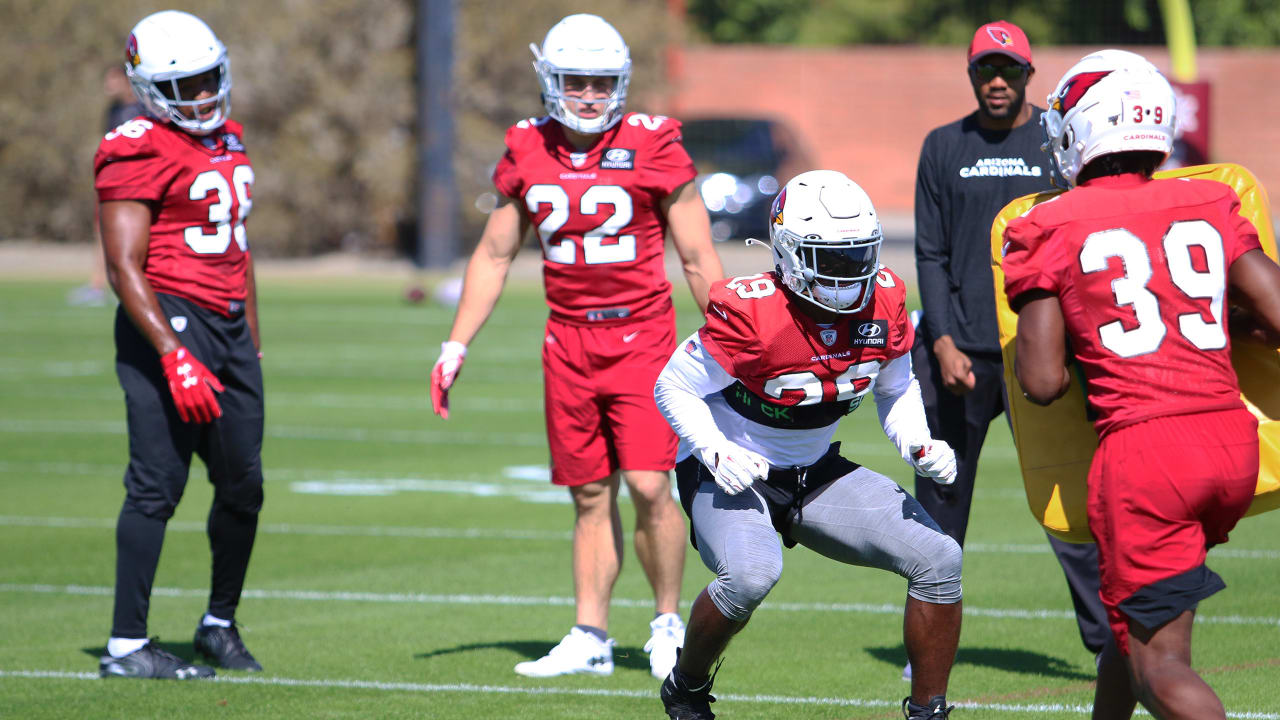 The Cardinals have a short turnaround after the Saints game, playing the 49ers at home on Thursday’s Halloween night. “In a perfect world” Kingsbury said it would make sense to rest Johnson a game to have him ready for a division opponent a few days later. He reiterated the Cardinals would be smart in handling Johnson’s health.

But, Kingsbury added, “if he can go, he’ll go” against the Saints.

Kingsbury said Johnson needs to have “that explosive burst and a comfort level in doing the things he can do full speed. We don’t want him to be at 70 or 80 percent.”

Zenner was released by the Saints — the team the Cardinals visit this weekend — on Tuesday. Morris had been a free agent since the Cowboys cut him in early September. The Cowboys had signed him at the end of July when running back Ezekiel Elliott decided to hold out, and when Elliott returned right before the start of the regular season, Morris was cut.

The Cardinals released cornerback Trevor Williams, recently acquired on waivers, to make room on the roster for one of the backs. There had already been an open roster spot because linebacker Ramik Wilson had been cut Tuesday.

Morris, who turns 31 in December, is in his eighth NFL season. He rushed for 1,613 yards as a rookie for Washington in 2012 and topped 1,000 yards in each of his first three seasons. But after starting for the Redskins every game for four years, his last three – two in Dallas and then 2018 in San Francisco – he has been a reserve. Morris rushed for 428 yards on 111 carries for the 49ers last season.

Zenner was just signed by the Saints a week ago. He played his first four seasons with Detroit, rushing for 685 yards.

“This is the second time around (dropping into a team),” Zenner said. “It’s really just getting to know the offense and the special teams in a short amount of time in order to be effective if my number is called.”

If Johnson is unavailable, Edmonds will continue to handle the majority of the load, with Morris and/or Zenner helping out. Kingsbury acknowledged that while Edmonds keeps himself in great shape, playing him that much – Edmonds played 61 of 65 offensive snaps Sunday – would not be something the Cardinals would want to do for an extended period of time.

“We always want to be prepared for worst-case scenarios,” Kingsbury said.

Right now, that would mean Johnson and Foster would not be available on Sunday. If that were the case, Edmonds knows he would probably be spelled by one of the newcomers. Sore or not, he’d also embrace another Giants-like workload.

“I have goals and aspirations for myself, and whatever they put on my plate, I’m going to happily accept,” Edmonds said. “I’m not going to sit here and lie to you. I prayed for this, I dreamed for this. I always wanted to prove I could play in this league – actually play, and not just be a guy.”