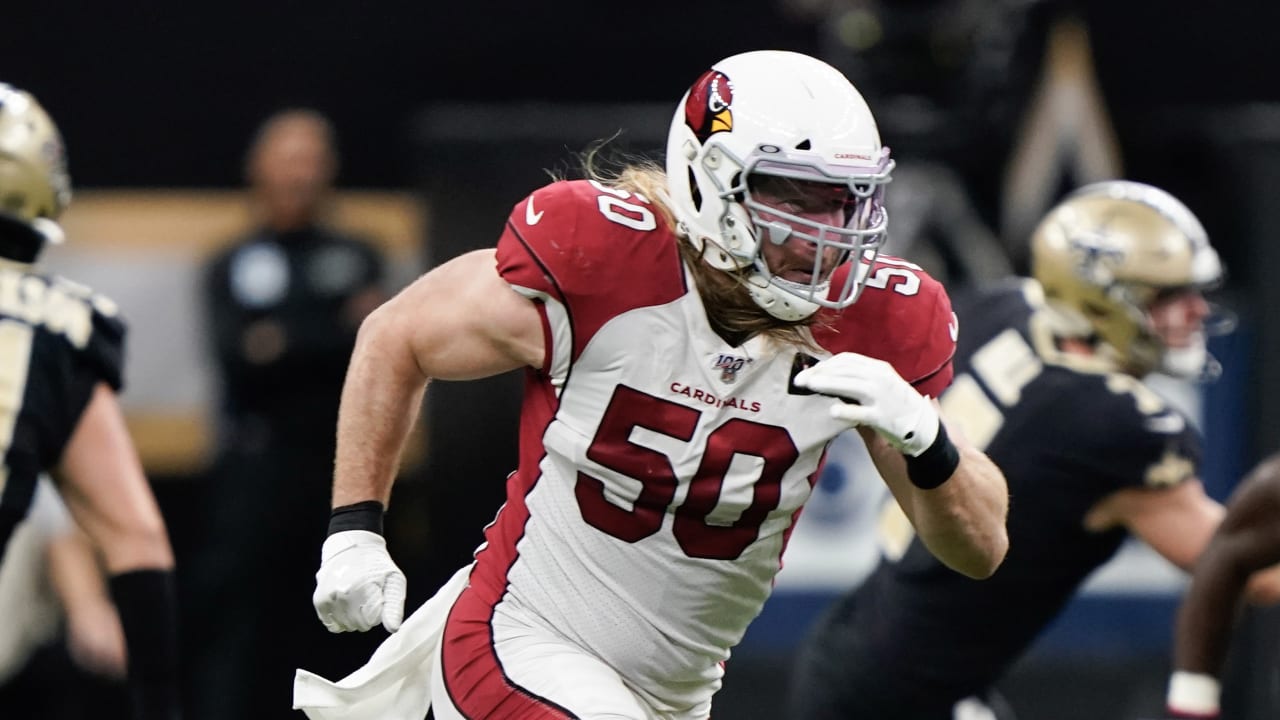 The Cardinals’ linebackers are dealing with injuries, so the team made moves Friday to help account for them.

Pete Robertson was elevated from the practice squad as veteran Brooks Reed was placed on injured reserve with a hamstring injury, ending his season. Terrell Suggs is also officially questionable for Sunday’s game with a hamstring issue, although coach Kliff Kingsbury said Friday Suggs sat out practice as a veteran’s day, as is Suggs’ normal end-of-the-week move.

The Cardinals also promoted cornerback Chris Jones from the practice squad, help in the secondary with Tramaine Brock out with a hamstring pull.

Reed, 32, played in all nine games in a reserve role, notching a sack and four tackles. He also had three special teams tackles.

Jones was on the active roster to start the season, playing in five games and starting one. He made nine tackles with a pass defensed. Robertson originally came to the Cardinals in December of 2018 on the practice squad, and has been on the practice squad this season as well.