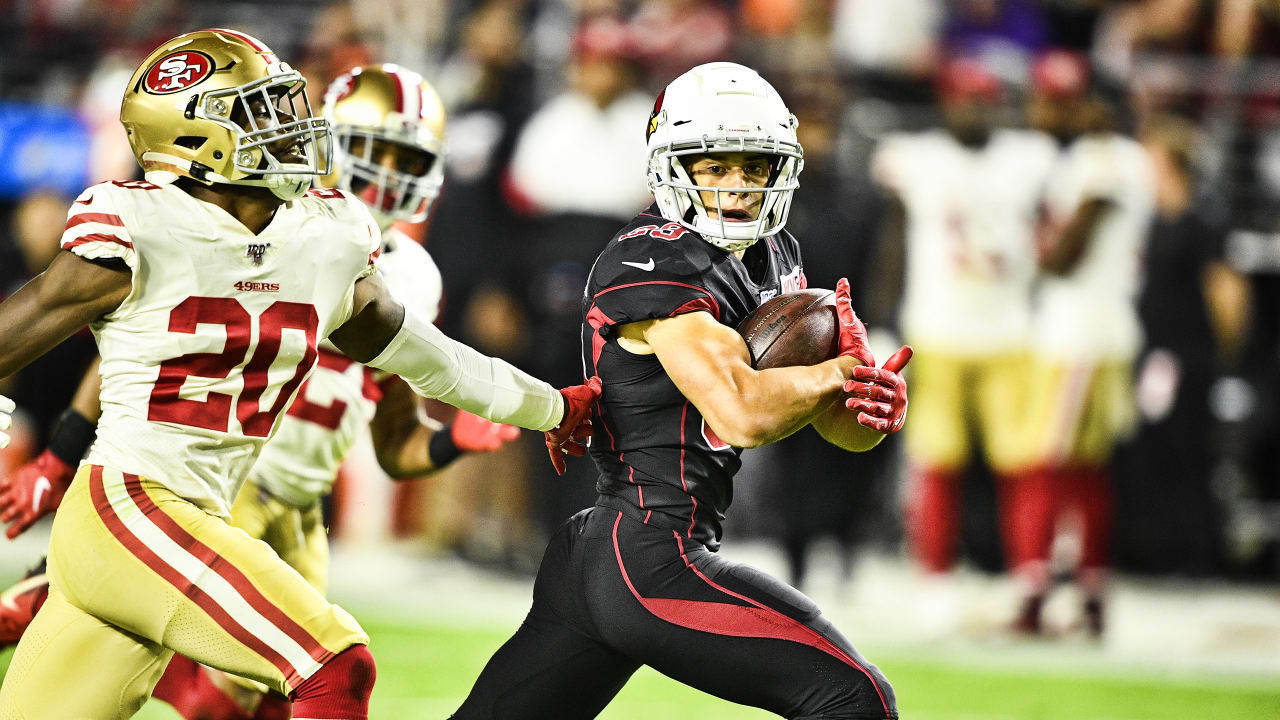 The Cards also opened each half with a touchdown drive. Rookie Andy Isabella scored his first NFL touchdown on that 88-yard catch-and-run from Murray. Even with the fearsome 49ers pass rush and behind a reconstituted offensive line, Murray was sacked only three times and didn’t turn it over, while throwing two touchdown passes.

Defensively, the Cardinals held the San Francisco running game to only 3.3 yards per carry and safety Budda Baker, in particular, played well. But cornerback Patrick Peterson struggled all evening, and the Cardinals never made 49ers quarterback Jimmy Garoppolo uncomfortable. He threw four touchdown passes and often orchestrated third-down conversions that broke the Cardinals’ collective back.

The 49ers (8-0) converted 11-of-17 third downs, including all three on their final clock-draining possession – needing 11, 3 and 9 yards, respectively. There was 4:53 left when the Cardinals narrowed the score to three points, and yet Garoppolo was eventually able to kneel to end the game.

“We got three third downs in a row, we just didn’t execute,” defensive tackle Corey Peters said. “That’s the game – run game and third down. We failed and we have to get that fixed.”

One of the times the Cardinals did come up with a crucial third down hold, it led to a fourth-down try by the 49ers, right before halftime. Letting the clock run down to four seconds, San Francisco coach Kyle Shanahan chose to go for it at the Cardinals’ 1, leading 14-7. Running back Jeff Wilson was stuffed – but Kingsbury had called timeout just before the snap.

“I wanted to get a ‘Kodak’ timeout, one of those looks at it and wanted them to hopefully burn their best play,” Kingsbury said. “Obviously looking back on it I would’ve rather gotten that stop. It just didn’t work out for us this time.”

Given a do-over, Emmanuel Sanders caught a one-yard touchdown pass, a deficit the Cardinals never could overcome.

“We know who we are (defensively),” Peters said. “It’s the NFL. We can beat any team in this league on any given day. Our problem this year has been consistently giving up big plays and being inconsistent. I think when we play our best ball, it’s very clear what we are capable of.”

Murray and the Cardinals made it closer than expected, though. The 49ers hadn’t given up 100 net yards passing in four straight games before the Cardinals came up with 204, and that was with Murray taking sacks of minus-19 and minus-12 yards. The Cards were also working with a makeshift offensive line, with starting left guard Justin Pugh moving to right tackle in place of the injured Justin Murray. Mason Cole took Pugh’s spot at guard.

“Go home, go to the bathroom and wipe with your other hand,” Pugh said, quoting former Packers lineman Josh Sitton about flipping sides on the line. “See how that feels. It’s a little messy sometimes but it gets the job done.”

The Cardinals ran for 153 yards – 6.7 yards a carry – and averaged an impressive 7.1 yards per play. Wide receiver Larry Fitzgerald noted the 88-yard Isabella play skewed the statistics, but it was still a good showing against a 49ers defense that had made its pitch as one of the best in the NFL.

“They’re a great team, but at the end of the day I’m confident enough so I feel like we should’ve won the game,” Kyler Murray said. “I’m not really satisfied with coming up short.”

Biotox Gold has been taken by thousands of people with no reported side effects.
Biotox Weight Loss Suppliment

Most Powerful Way to Rewire Your Brain and Reveal Your Full Potential.
How To Erase Negative Energy