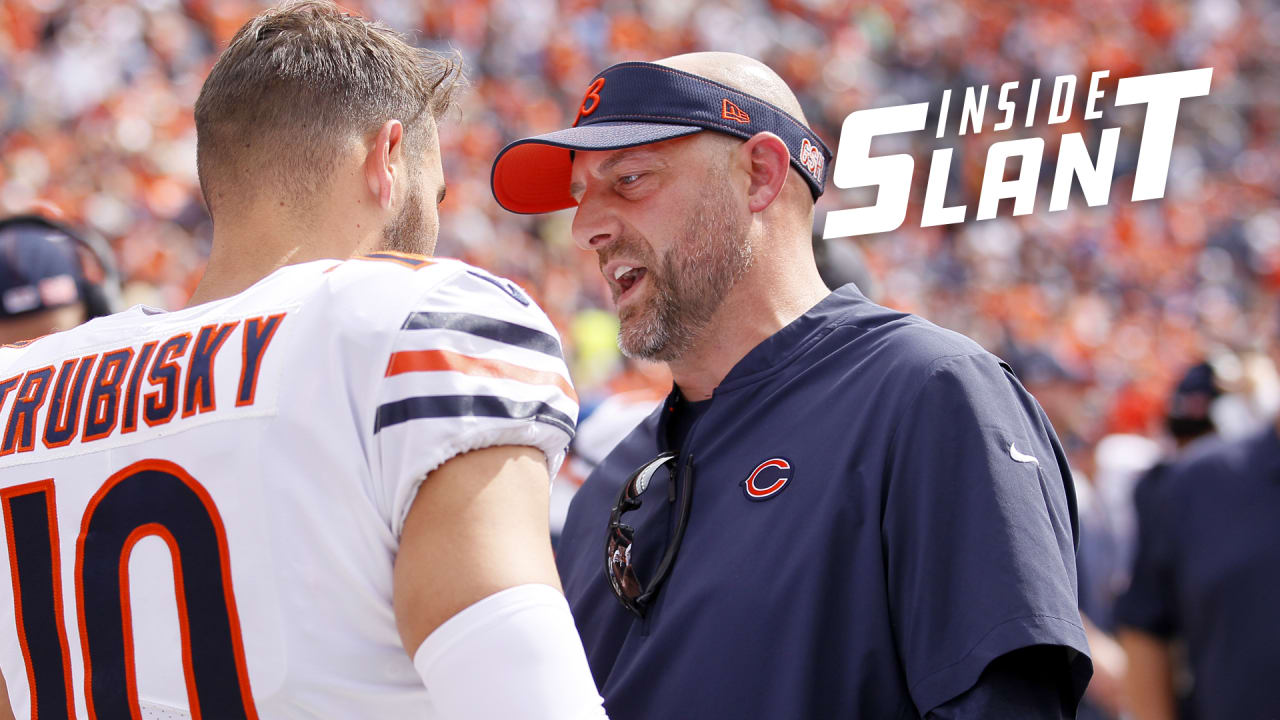 Does that sound familiar, Bears fans? Nearly the same sequence, save a few number adjustments, saw the Bears claim their first victory of the season Sunday. The Saints won on a 58-yard field goal from Wil Lutz, the Bears on a 53-yarder from Eddy Piñeiro.

“Dios mío. Thank God,” said guard Kyle Long. “We saw the Saints last week, and they had an opportunity to go down the field with minimal time left. [QB] Drew [Brees] was surgical, and they were able to get down, and Lutz was able to bang the field goal. The 30 other teams not involved in that all watched that clip this week. We knew before [Piñeiro] took the field, why not us?”

Some of that is thanks to coach Matt Nagy seeing the sequence as a teaching opportunity. In the moments after the Broncos’ successful two-point conversion to take a 14-13 lead, Nagy realized that history might repeat itself.

“It was almost the exact same situation,” said Nagy. “It’s crazy. So, we talked through it; we asked questions, they answered them. We said, ‘What do you do in this situation, what do you do in that situation?’ So, when they got the two-point conversion, we went up and down the sideline to all the offensive guys and said, ‘We just watched this; let’s go do the same thing.'”

There were a few differences in the situations. For one the Saints had the benefit of Brees, one of the league’s most experienced and decorated quarterbacks. Perhaps, for this reason, the Saints worked their way into field goal territory by taking three chunks of between nine and 11 yards.

Mitchell Trubisky, who had been stymied by Vic Fangio’s defense for much of the game, seemed to know that he needed to gain the yards in one fell swoop. A roughing-the-passer penalty on Broncos linebacker Bradley Chubb put them in-range to get in-range before a last-second pass to Allen Robinson II broke through to the Broncos’ 35-yard line. The discussion on the quick drive earlier in the week proved an invaluable resource for the young quarterback.

“Just being aware of those situations and knowing that we’re not out of it until the clock’s to 0:00,” said Trubisky. “And still believing that we could get in that chance. We saw that clip this week. It was really good to learn from, and I think we were better prepared for this game and that ending, of that situation, because of going over that as an offense.”

In the coming weeks, Piñeiro’s kick will be a defining event: the first chance for the rookie kicker to earn the trust of a fanbase traumatized by recent misses in that department.

It should not be forgotten, in the waning moments of the game, before Robinson threw himself to the turf and Trubisky called a timeout just in time, how unlikely it seemed that the kick might even happen. The 25-yard connection between Trubisky and Robinson was the Bears’ longest pass play of the evening.

Nagy highlighted the last drive as one of the reasons situational practice can be so important. It’s always easier to accomplish something for the second time. This No.1 Survivalist's Field Reference Book Gives Away All The Survival Secrets.
Extreme Family Survival Discover the Behavior - Modification SECRETS Used by Therapists Who Work In This Field.
Autism Spectrum Disorders