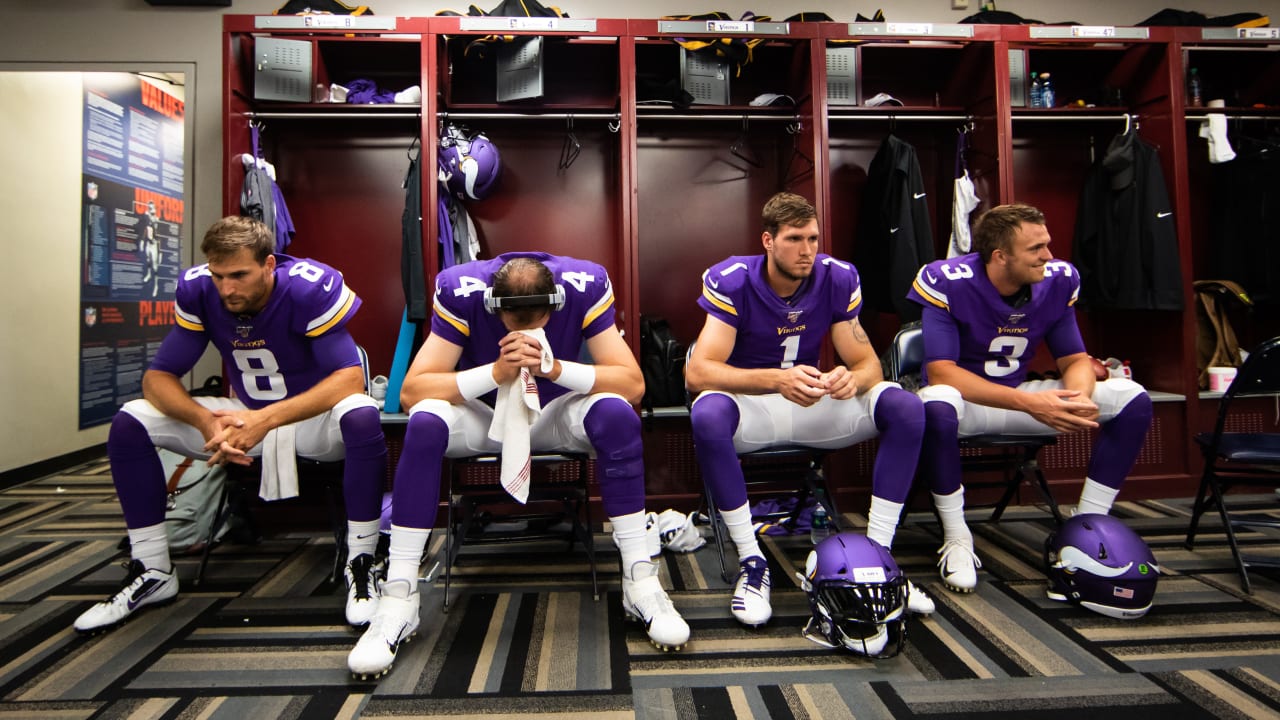 Adam Thielen and Stefon Diggs are locks to make the team, while Chad Beebe has shown his versatility with his receiving skills, as well as on special teams with his ability to return punts and hold for field goals and extra points.

Behind them, a two players have impressed in each of the Vikings first two preseason games. Bisi Johnson had two catches for 35 yards and a score against New Orleans, and Brandon Zylstra caught all five targets Sunday for 37 yards and a touchdown.

The rest of the wide receivers room features a group of players trying to make their mark. Laquon Treadwell is a former first-round pick, and Jordan Taylor is trying to make the roster after missing all of 2018 with Denver. Jeff Badet is a speedster who has shown potential as a kick returner.

A gaggle of rookies, including Dillon Mitchell, Davion Davis and Alexander Hollins, have run mostly with the third-team offense in recent weeks.

Zimmer said during camp that the final few roster spots at wide receiver could go to players who stand out in the third phase of the game.

“Obviously what we’re looking at first is receivers, but if they can separate themselves by playing special teams, that will be a big plus for them,” Zimmer said.

The Vikings have an established veteran in Kyle Rudolph, a promising rookie in Irv Smith, Jr., and an up-and-comer in second-year tight end Tyler Conklin.

That trio might take up the three tight end spots, but with the Vikings placing an emphasis on multiple tight end sets in spring practices, training camp and preseason games, a fourth spot could perhaps be available.

David Morgan has been one of the league’s top blocking tight ends for the past few seasons, but he is currently on the Active/Physically Unable to Perform (PUP) list, and hasn’t practiced at all in 2019.

With Morgan’s status up in the air, that could leave the door open for Cole Hikutini or Brandon Dillon to make the 53-man roster.

Hikutini spent the 2018 season on the Vikings practice squad; Dillon is a rookie undrafted free agent of Marian.

Zimmer recently said it was too early to tell how many tight ends the Vikings would keep, adding that it’s usually a numbers game between positions on offense.

“Rick and I sit down and we talk about maybe keeping five tight ends, six backs, or whatever it is,” Zimmer said. “It always changes, but we talk about it and kind of see where we are. I have had a lot of questions lately about the last preseason game, but I have seen several guys make the team that you didn’t think were going to make the team because of how they played in the last preseason game. Injuries happen, a lot of different things can happen.”