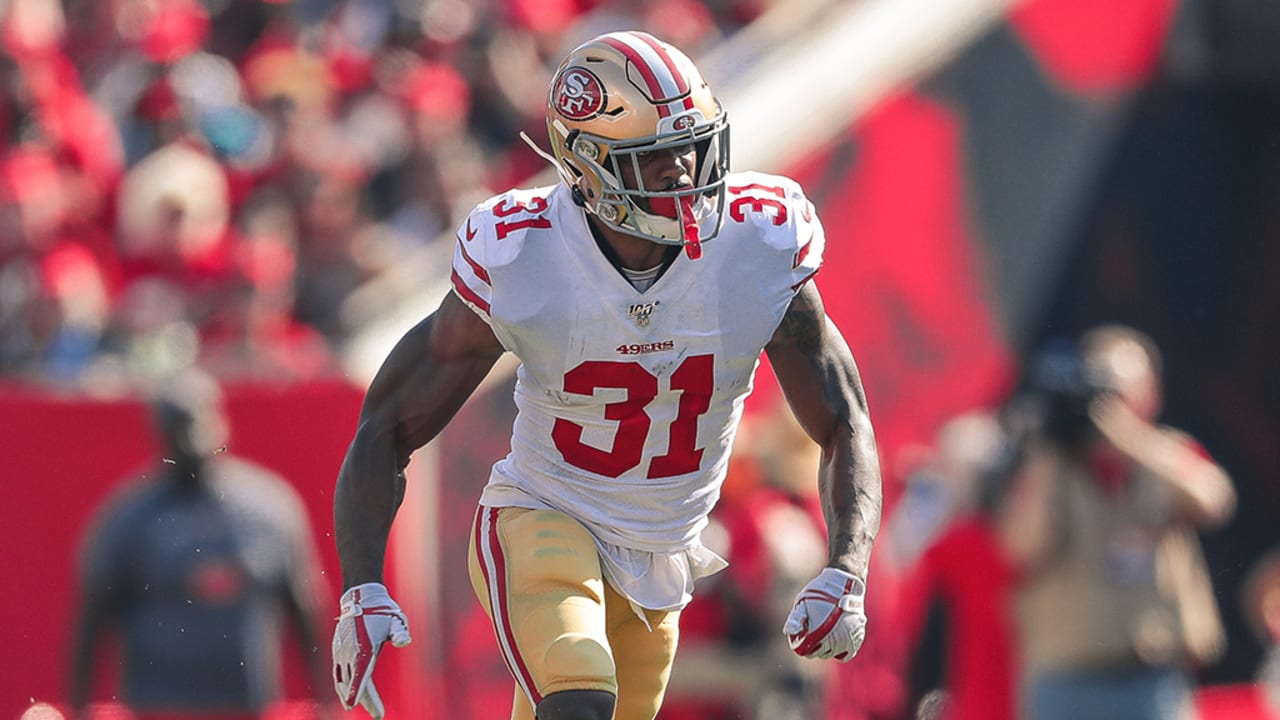 LANDOVER, MD. – It’s 54 degrees and raining in the nation’s capital as the San Francisco 49ers take on the Washington Redskins in Week 7. San Francisco will be challenged in their first inclement contest of the season. No big surprises when it comes to the 49ers injury report ahead of Sunday’s contest. Here’s what to expect on the field in Week 7.

Raheem Mostert, who was questionable heading into Sunday, is active. The running back was dealing with a knee injury suffered during the opening kickoff against the Los Angeles Rams in Week 6. Expect San Francisco to use the running back sparingly given the conditions and rely on Tevin Coleman, Matt Breida and Jeff Wilson Jr., who is also active on Sunday.

As previously noted by head coach Kyle Shanahan, the 49ers will be without rookie receiver Deebo Samuel (groin) and D.J. Jones (hamstring). Both veteran wideout Jordan Matthews and second-year defensive lineman Jullian Taylor, who have been healthy scratches in previous weeks are active against the Redskins.

As for Washington, Josh Norman is officially ruled out, as the veteran cornerback missed the entire week of practice while dealing with a thigh and hand injury. The 49ers will see veteran running back Adrian Peterson who missed Wednesday’s practice with a quad injury. Peterson is coming off of an 118-yard rushing game in the 17-16 win over the Miami Dolphins in Week 6. It will be interesting to see how both teams approach Sunday’s contest given the rainy conditions.

Here’s a complete look at who’s out on Sunday: